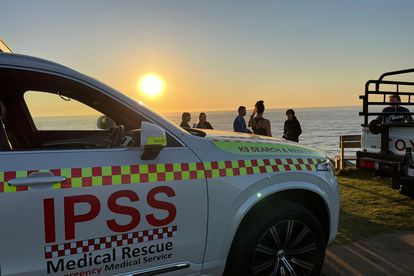 An attempt to get some catch didn’t end so well for two fishermen, especially one of them, who sustained an injury after falling into the sea.

According to IPSS Medical Rescue, the incident occurred at High Rock in Chakas Rock, Durban – which its rescue team responded to in the early hours of Saturday morning, 15 May 2021.

“On arrival it was established that a fisherman had hooked a fish and was in the process of landing the catch, when a wave knocked the man and swept him off of the rocks and into the sea,” the emergency medical service and rescue provider said in a brief statement.

The fellow Durban fisherman fortunately managed to come to his aid and pull him out of the water – this story would have probably had a different and more tragic ending, had he not intervened.

“A fellow fisherman rushed to the man’s aid and managed to get him back onto the rocks, but not before the original victim had sustained serious injury”

With the rescue having occurred just several hours into Saturday morning in Durban, it’s too early to find out about his condition. The fisherman was attended to and subsequently taken to a nearby clinic or hospital for further treatment. If what the paramedics have had to say is anything to go by, the fisherman should be fine and fit enough to go fishing again.

“Paramedics stabilized the man before transporting him to a local medical facility. A word of thanks to the fellow fisherman who did a great job in performing the rescue,” IPP Medical Rescue further said.