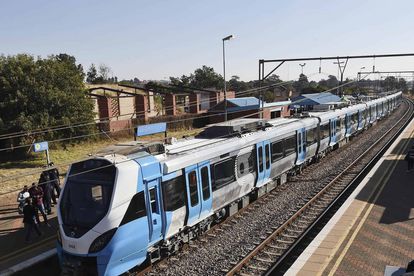 The union states that their train drivers do not have telephone numbers for the war room program, where they are supposed to report problems encountered on their routes.

A train driver expressed his grievances to Steve Harris, the General Secretary of UNTU, stating that more lives are endangered and other drivers do not fully understand the program’s priority.

It is reported that only 35 train sets were running in KwaZulu-Natal, last week, from the 57 allocated train sets, and from 5 September, only 25 train sets continued to operate.

“To them, it is business as usual since the establishment of the “war rooms” as they continue to bear witness to the stripping of the remaining infrastructure by criminals. Abnormal working of the trains continues with thousands of manual authorisations issued per month nationwide. Train drivers throughout the country, also those working for Transnet Freight Rail, are reporting the theft of overhead cables daily.”

The union further states that Cyril Ramaphosa and Fikile Mbalula have not responded to a list of their demands, issued at the Federation of Trade Unions of South Africa (Fedusa), protest marches.

According to Harris, if Ramaphosa would implement the demands they had set out, an immediate improvement would be perceived on the reliability of train services, including the safety of Prasa workers and commuters.

Senior management is misled with feedback regarding the war room program

Harris further states that Prasa is only trying to comply with an extended court order issued by the Gauteng-North High Court, granting Prasa a conditional safety operating permit.

“The order, an extension on the first order granted by Judge Cassim Sardiwalla on 12 October 2018, gives Prasa until 31 October 2019 to fill the 52% of vacancies in KwaZulu-Natal.”

A section manager told Harris that senior management is misled with daily operations of the war room program, as no one fully discloses the truth of what is “not happening”. The manager further claims that nothing has changed, instead, the war room program is side-lining operational managers and labour by trying to be Prasa’s golden child.