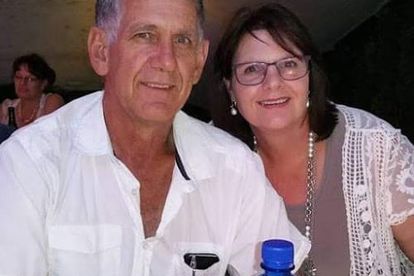 Five people are being detained for questioning in connection with the double farm murder in August this year of Glen and Vida Rafferty.

The husband and wife, aged 63 and 60, were shot dead on their farm at Normandien, close to Newcastle in KwaZulu-Natal, after returning from a night out in the town. Their dog was also killed.

Vehicle has also been seized

A local newspaper, the Northern Natal News, on Thursday quoted the investigating officer, Captain Attie Engelbrecht, as saying: “Two of the people who investigators in the Rafferty murder case were looking for, were taken into custody this morning for questioning, together with three others who were found in their company.”

Subsequent to that, police spokesperson Brigadier Jay Naicker has confirmed that a vehicle suspected to have been used in the commission of the crime was also seized as part of the ongoing probe.

At this stage it is unclear whether any of the five people detained have been charged with the crime.

One man has already confessed

Last month a 29-year-old man was arrested in connection with the murder of the Raffertys. At the time, police said he had recorded a confession in front of a magistrate and had been charged with two counts of murder.

According to reports at the time, the Raffertys left Newcastle at about 9.15pm on the night of 29 August after a social visit.

They were apparently ambushed when they returned to their home, about 45km away. The house was ransacked and security cameras destroyed.

Not long after the incident, police minister Bheki Cele visited the scene and met with farmers and other concerned members of the northern KZN community.

Among the concerns raised with the minister were a lack of police capacity and shortage of suitable vehicles.

Following the minister’s visit, family spokesperson Sandy Hill said they were comforted by the visit and the police’s efforts so far.