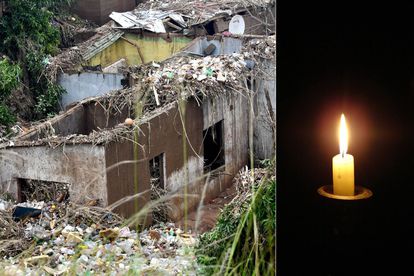 Experts have hinted that the government’s unpreparedness for natural disasters and load shedding may have worsened the KZN floods in April. Photo: GCIS and Jason Staten / Flickr

Experts have hinted that the government’s unpreparedness for natural disasters and load shedding may have worsened the KZN floods in April. Photo: GCIS and Jason Staten / Flickr

Experts believe that load shedding may have contributed to the severe effects of the KZN floods as warning alerts could not reach various areas as networks were shut down in April.

The advisory panel of experts were brought together for the immediate adoption as well as the implementation of existing early warning systems to reduce the natural disaster risk.

The executive manager at the Water Research Commission Professor Sylvester Mpandeli revealed that the horrific floods in the province brought to light South Africa’s unpreparedness to respond to natural disasters.

Mpandeli was speaking at the University of Pretoria on Tuesday, 26 July.

“It was found that among the causes of the severity was the fact that most areas couldn’t receive alerts from the weather services because of power outages,”

Mpandeli noted that Government was reactive in the situation, rather than proactive. He spoke about the worst floods being in 1987 and that the recent KZN floods were the second largest, reports TimesLIVE.

“Government does not have a sense of urgency. If the projections were taken seriously, we would have informed the right people, and cleared up our water system on time,”

In news related to the KZN floods, it was previously reported water might soon flow in many homes in Tongaat as the eThekwini Municipality revealed that rebuilding has started. According to the municipality, work to rebuild the Tongaat Water Treatment Plant that faced extensive damages during the floods in KwaZulu-Natal (KZN) is underway.

Various communities have been struggling to get access to water for months since the treatment plant was washed away. The Municipality revealed that the rebuilding is expected to cost around R31 million.

It further stated that 50% of the workforce for the rebuilding project is from the surrounding community, according to SABC News. Mayor Mxolisi Kaunda stated that the community met the contractor who will be rebuilding the Tongaat Water Treatment Plant on Monday, 11 July. Read the full story here.