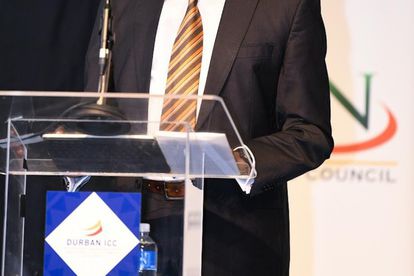 The ANC has lost its outright majority foothold in eThekwini Municipality in the 2021 local government elections with the opposition vote broken across four major political parties and a slew of smaller parties according to the preliminary results released on Thursday.

According to the preliminary local government election results highlighted on the Independent Electoral Commission’s (IEC) website, the ANC got 42,02% of the vote, followed by the Democratic Alliance (DA), which got 25,69% of the vote, the economic Freedom Fighters (EFF) which garnered 10,48% and the Inkatha Freedom Party (IFP) which got 7,13% of the vote.

Support for the Democratic Alliance dropped by slightly more than 1 %, while the EFF gained the most votes in the election, growing it’s percentage of the vote from 3,44% in 2016 to just over 10% The ANC was the biggest loser in eThekweni, having lost a 14% of the share of votes compared to the previous municipal elections.

The balance of the votes was split among small parties, including ActionSA which got 1,93% of the vote; Independent candidates got 2,14% and the Democractic Liberal Congress got 0,63% of the vote.

Will the ANC form a coalition in the municipality?

The ANC will be forced to form a coalition with one of the opposition parties, to obtain a majority, but earlier said that it would not do so with the DA.

eThekwini Municipality has been wracked by allegations of corruption and mismanagement in recent years. The municipality was ranked fourth in the country among municipalities that are allegedly “rife with corruption” according to a recent Corruption Watch Report.

The report, “South Africa Needs Clean Hands”, released in August, said that the organisation had received about 166 complaints alleging corruption in the municipality. The report highlighted incidents of corruption that have plagued municipalities over the past eight years.

Corruption Watch said that between 2012 and 2020 it had received 32 998 whistle-blower reports, of which 16% contained allegations of corruption within local government.