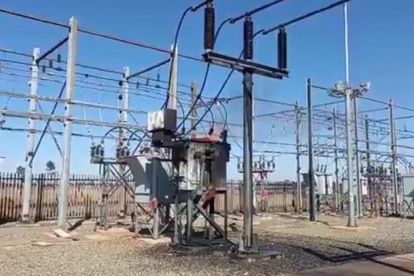 Eskom said residents of three areas in Gauteng have been without electricity since Wednesday, 14 July, after one of its substations in the province caught fire due to cable theft.

The Astra substation in Gauteng caught fire after cables were stolen on Wednesday, according to Eskom. The theft left residents of Kanana Park, Sweetwater and Wheelers Farm without electricity supply.

“Since yesterday, 14 July 2021, our technicians have been working on repairs to restore supply to the affected areas,” said Eskom.

However, the power supplier said electricity could not be restored to the affected areas due to the damage caused by the theft. Eskom technicians continue to work on the problem and it is estimated that the power will be restored later on Thursday.

Spokesperson Daphne Mokwena called on members of the public to report criminal activities, including illegal connections, theft and vandalism of electricity infrastructure to the Eskom crime line at 0800-112-722 or by sending an SMS to 32211.

“We would also like to remind the public to pay for the electricity they consume and purchase their electricity tokens from approved Eskom vendors only,” said Mokwena.

The power supplier announced that it is ready to complete the restoration of electricity supply to the outstanding customers in the Eastern Cape. On Wednesday, the strong winds in the province, which have disrupted the electricity supply to a number of areas over the last few days, continued to affect customers.

“Just over 2000 customers remain without supply and they are in the Mataliele, Sakhisizwe, Ncgobo, King Sabatha Dalindyebo, Nyandeni and Mbashe local municipalities,” said Eskom. “Eskom technicians are attending to the faults and are working as fast as they can to restore supply.”

For safety reasons, affected customers were urged to treat all electrical appliances as live during the outage.