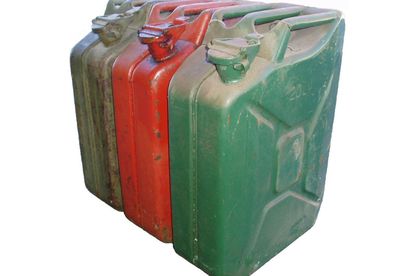 A flood of complaints have forced the Department of Mineral Resources and Energy to review its ban on filling containers with petrol and diesel.

The Department  banned the sale of petrol and diesel to members of the public using portable containers on Thursday, 15 July. This comes after the ongoing violence and protests in Gauteng and KwaZulu-Natal led to the temporary closure of one of South Africa’s largest refineries and widespread panic buying of fuel.

AMENDMENTS ON THE SALE OF FUEL INTOP CONTAINERS

The Department of Mineral Resources and Energy said it has considered the concerns it has received from valid used of containers to purchase petrol and diesel for various reasons. It has reviewed the Regulations gazetted on 16 July 2021, with the intention to clarify what is referred to by a “container”.

”The Department recognises the anxiety and confusion that may have been created, particularly its potentially adverse effect on regular and valid consumers.

Department of Mineral Resources and Energy

The Department said an amendment that contains the revised definition will be issued and gazetted soon.

Civil rights group, DearSA’s attorneys wrote a letter to Gwede Mantashe challenging the ban and requesting for an amendment to be reconsidered.

DearSA’s attorney, Daniël Eloff said although not a formal legislated requirement, the regulations were published without proper public participation or engagement with interested and affected parties.

“This omission is procedurally unfair, irrational and unreasonable as the amendment is not logically connected to the purpose it sets out to achieve. Several less restrictive and disruptive means could and should have been considered. The purported reason for the regulations is to mitigate disruptions in the supply of petrol and diesel and to prevent ‘hoarding’.

“The term ‘containers’ is vaguely defined in the regulations as ‘an object for holding or transporting petroleum products, other than a vehicle’. This has caused widespread confusion, not only among consumers but petrol station owners and employees as well.”

DearSA also requested a written response to the request no later than the close of business on Monday, 19 July 2021.