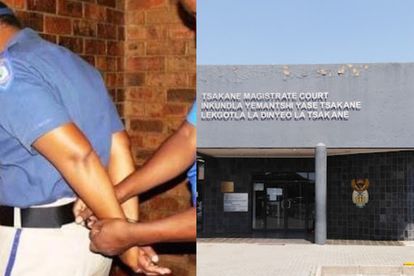 WHAT LED TO THE METRO COPS’ ARREST

It is alleged that on 8 September, just before midnight, the seven officials raided the house, that belonged to one of the complainants in the matter.  During the raid, two males, a 19-year-old was killed, and a 29-year-old was shot and injured.

The deceased was found behind a shack in Langaville, not far from the shack where the raid took place.

The seven EMPD officials, five constables and two inspectors, were arrested on 10 and 11 September, after they handed themselves over to the police.

They handed themselves over after an injured victim went to Tsakane Police Station to open a case against the EMD officials after he was discharged from the hospital.

WHY COURT INTENDS TO OPPOSE BAIL FOR THE ACCUSED

“The defence told the court that, Raubenheimer has a pending case of malicious property damage, and theft, appearing at Boksburg Magistrates ‘Court on 23 September 2022.”

ALSO READ: IPID: 16 officers arrested in connection with death of civilian in custody

She said the matter was postponed to 14 September, for a formal bail application and/or application for disclosure of charges.

“The state intends to oppose bail in the matter,” she said.