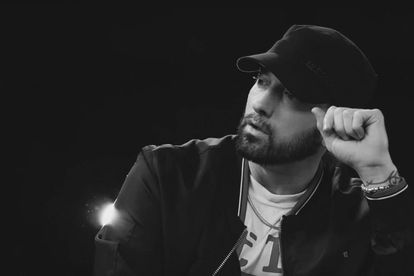 Eminem speaking with Sway about everything KAMIKAZE / Photo: Twitter / @Eminem

Eminem speaking with Sway about everything KAMIKAZE / Photo: Twitter / @Eminem

Eminem is not one to take to social media whenever there is controversy. However, we were all taken aback when Netflix dropped a bombshell on us: There will be no season three of The Punisher.

Why did Netflix pull the plug on The Punisher?

As reported by Wired, it seems that this was an inevitability though, seeing that The Punisher is a product of Marvel Studios.

Marvel, in the last few months, had begun an extraction process, pulling out all of its content from Netflix.

Daredevil, Iron Fist, Luke Cage and The Defenders were all axed from the popular streaming service.

It is confirmed now that the last two of Marvel’s products, The Punisher and Jessica Jones are also jumping ship, being called home by its parent company.

“Why is this so?” you may ask. Well. it so happens that Marvel’s parent company, Disney, is on the verge of launching its very own streaming service, Disney+.

Read – 10 Movies to stream on Netflix this Valentine’s Day

Speculations suggest that the launch will happen later this year. We can only assume at this point but by the looks of things, Disney is building a hub where all of its content, including Marvel superheroes content, can be accessible.

Eminem sounds off his disapproval

Marshall Mathers, however, like many fans of The Punisher, were not stoked on this.

The rap god took to Twitter and in an uncommon fashion, called out Netflix for allowing the extraction to happen.

REGARDING YOUR CANCELLATION OF THE PUNISHER, YOU ARE BLOWING IT!!

Read – DStv confidence: According to executives, MultiChoice is crushing Netflix

Netflix, probably choosing the wire option, did not respond to Eminem. In fact, we aren’t sure what they could’ve possibly clapped back with.

It is a license issue and by the looks of it, there is nothing Netflix could do to save the situation.

If it is any consolation though, The third season of Jessica Jones will still air on the streaming service later this year.