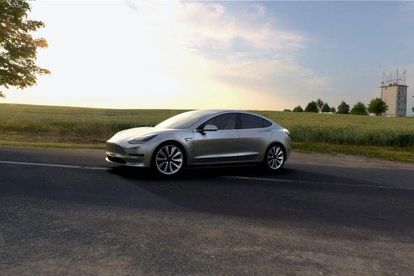 The vehicles can be ordered in advance in dozens of countries, including South Africa, Brazil, India, China, the UK, Ireland and New Zealand.

South Africans just need to put down a $1,000 deposit in order to pre-order their Tesla Model 3.

A closer look at Tesla Model 3

The #TeslaModel3 will be capable of 0-60mph in 6 seconds and have a range of 215 miles. https://t.co/a5ZjJFuoMB pic.twitter.com/y2semvdtcg

Note that there are no dials or gauges in the #TeslaModel3. Just a flat screen pic.twitter.com/ufG0OG1HCl

Deliveries in South Africa are expected to begin during 2018.

Chief executive Elon Musk said that once production is at full speed, his goal is to produce about 500,000 vehicles a year.

I mean… Would you look at that beauty!! What a time to be alive. Electric cars go mainstream for 35K. #TeslaModel3 pic.twitter.com/6LwZDXbkSY