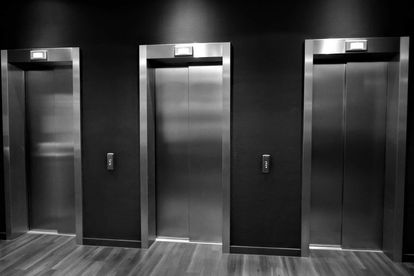 Image by Robert Allmann from Pixabay

Image by Robert Allmann from Pixabay

The man who was in a recent elevator accident claims he has been left traumatised and temporarily unable to work. Zwelethu Xolani Mambane was injured on Sunday 23 June during an elevator incident in Doornfontein, Johannesburg.

Mambane is a 26-year-old husband and soon to be the father of his first child. Since the elevator incident, he has also had trouble sleeping.

“It was the scariest experience I’ve had in my life.”

He claims he has also been unable to go to work because of his injuries. After he managed to get out of the lift, Mambane said that he could barely stand and had to sit on a wheelchair.

Mambane said that after the elevator incident the doctor on site said that he only had minor injuries.

“He just took one look at me and said that I should take a panado.”

The high cost of medical care

Mambane said that the next day he had to go to the doctor because he was still in a lot of pain.

“I had to order a Taxify to take me to the doctor.”

The doctor sent Mambane for an MRI and found that he had severely injured his rib cage. Mambane added that he had pain in his head and back. The doctor told Mambane that if the pain continued he might have to come back for further treatment.

Mambane said that the customer service manager of the building visited him after he had been to the doctor.

“He said that I should justify why they should fix the lift. I told them that I was there when it happened.”

Mambane added that the owners had not presented a concrete plan in writing to reimburse him for the cost of the medical treatment he needed as a result of the elevator accident.

The spokesperson for the company that owns the building, Nomfundo Mwelase, stated that they had arranged to visit him on Tuesday 25 June to offer support. Mwelase stressed that the Mambane’s wellbeing was their top priority.

“We have offered to help him get to his doctor appointments and receive counselling. We have also discussed whether he would want to move to another unit in the building or any other building, of which we would carry the costs of the move. ”

He added that he is currently seeking legal advice on the matter of being reimbursed for medical costs. Mambane added that he has yet to see if he will be moved to a flat on a lower level of the building.

Mambane says that the elevator incident has made him fearful of using an elevator again. He explained that on the day of the incident he was using it to go to the ground floor.

“I live on the 14th floor and I was going downstairs.”

He said that during the accident the woman was bleeding from her forehead and that she kept on screaming.

“She just kept on screaming “please help me” and that she was going to die.”

Mambane says that he is still in disbelief that he was involved in this accident.

“I can’t sleep. I still can’t believe I was in that accident. It comes back to me like a movie.”