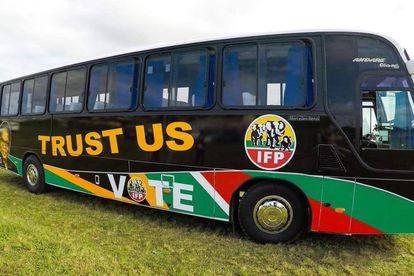 Inkatha Freedom Party (IFP) Member of Parliament and National Campaign Chairperson Narend Singh has told the media that one of his party’s members was killed outside of a polling station on Wednesday.

Singh reported that both the IEC and local police forces in KwaZulu-Natal have confirmed the fatality of Mthokozisi Ntuli, who was apparently “gunned down” on the grounds of Vikindlala School.

The IFP executive also suggested that the perpetrator were ANC members.

It’s understood that the slain victim had been walking from a polling station in Greytown’s Ward 11 with a member of the National Freedom Party (NFP) when they were shot “by members of the ANC”.

The NFP representative remains in hospital, and according to Singh, he’s managed to escape with his life. He told eNCA about the tragic incident, which raises more suspicion over the safety of politicians campaigning in KZN:

“One of our members – between 23:00 – 00:00 last night – was shot fatally, allegedly by ANC members. The NFP member who was with him is still in hospital, receiving treatment for his wounds. It’s really unfortunate that this kind of political intolerance would take place in KwaZulu-Natal.”

In an official statement released on Thursday evening, Singh urged the ANC to investigate its ranks in KZN and “assist the police” with their operations. He also implored SAPS to “leave no stone unturned” in the investigation.

You can read the full statement here:

Sadly, KZN has been highlighted as a hot-spot for this kind of violence – and it’s not exclusively based on cross-party divides: A New York Times report revealed that up to 90 prominent political figures have been murdered due to their position on corruption and bad behaviour within the ANC.

According to a study from the University of Cape Town, 80 of those killings took place in KwaZulu-Natal: The organisation’s most loyal province. Although Singh’s claims of ANC involvement are yet to be verified, the murder itself is another tragic chapter in the province’s tumultuous political history.

The IFP says one of its members was gunned down last night, outside a voting station in KwaZulu-Natal, allegedly by an ANC member. #SAElections2019 #ElectionResults #eNCANow Courtesy #DStv403 pic.twitter.com/7SioQM3szm