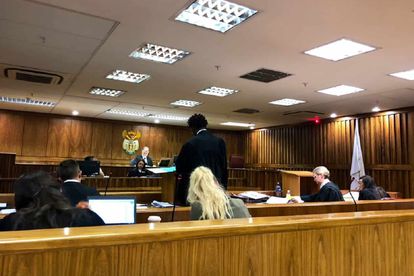 EFF national spokesperson, Mbuyiseli Ndlozi, has revealed that the Equality Court ruled in favour of the Red Berets bid to have the Sars Rogue Unit report included in the case against Public Enterprises Minister, Pravin Gordhan.

EFF vs Gordhan: What’s the latest?

The EFF has taken the credit for Advocate Ngcukaitobi’s progress in the court battle between Gordhan and the Public Protector, Busisiwe Mkhwebane.

You will remember that the Public Enterprises Minister has challenged the remedial action recommended in the Pubic Protector’s report, at the courts.

At the centre of the report was Gordhan’s alleged involvement in the formation of the rogue unit. In her report, Mkhwebane noted that the founding of the rogue unit, in 2007 when Gordhan was still the Sars Commissioner, was unlawful.

She also alleged that the minister had misled Parliament by failing to disclose details of an alleged meeting that took place between Gordhan and one of the embattled Gupta family members.

Here’s what we know about the ruling

The minister has since asked the court to suspend the remedial action and strike the contents of the report out of the public’s roll. However, according to Ndlozi, this request has been dismissed by the court.

BREAKING NEWS: EFF has just won against Pravin Gordhan at the Equality Court in his challenge to have the Rogue Unit Report of the Inspector General removed from the case; IGI report will be included. Judge Southerland has dismissed Gordhan’s Application. Full Statement to follow pic.twitter.com/1MG6IQ9w7y

Furthermore, the EFF has issued a statement, welcoming the ruling, calling it a win for the justice system.

“The EFF welcomes the dismissal of Pravin Gordhan’s application by the Equality Court that the Inspector General of Intelligence Report on the Sars Rogue Unit be removed from court papers.

“This means the IGI Report on the Sars Rogue Unit is part of the court records and now public. We welcome the opportunity given by this judgment for the IGI Rogue Unit Report be deliberated in the open public court,” the party wrote.

The EFF also stated that this was an unprecedented ruling that was key in helping their quest of having Gordhan removed from power, and further aiding their ambitions of criminally prosecuting the minister.

“Today’s judgment is a victory of accountability against an individual who feels above the law,” the statement noted.

Gordhan has yet to respond to the court’s decision.