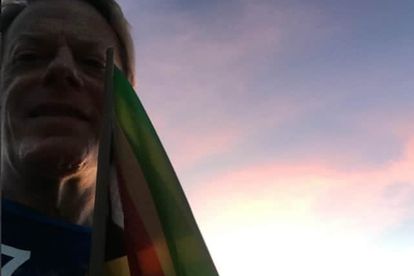 He crossed the finish line under the giant statue of Nelson Mandela in Pretoria.

“It’s been the hardest thing I’ve ever done and I’m very tired,” he told the BBC. Thank you to everyone who has donated. This was tough so don’t do this at home.”

He celebrated completing his challenge by swigging a bottle of sparkling white wine.

On the fifth day of the challenge the 54-year-old was forced to take an unscheduled rest day, meaning he had to complete two marathons on the 27th day.

Back in 2012 he attempted the same feat, but was forced to stop due to health issues after the fourth marathon.

Izzard addressed the crowds outside the Union Buildings in Pretoria where Mandela gave his inaugural speech in 1994 by saying, “This has been a long project but with the help of ‘Team 27’ I did it. Thank you so much to everyone who donated.