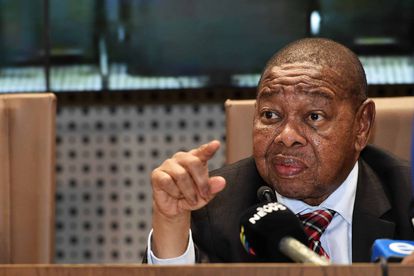 KwaZulu Natal and Limpopo in the lead with the highest decrease in figures – 41 fatalities were recorded in Limpopo, followed by 33 in KwaZulu Natal.

“Although we have significantly reduced our crashes and fatalities on our roads, we can still do more to eradicate this calamity on our roads because one death is one too many.”

Limpopo showed the highest decrease with 27 crashes, followed by 21 recorded crashes in KwaZulu Natal. Nzimande added that men contributed 72% in crashes, while 15% of recorded crashes are attributed to women.

“We are encouraged by the behaviour of the majority of motorists and all road users, who showed a willingness to obey the rules of the road.”

However, not all showed that willingness. According to the report, 807 drivers were arrested for drunken driving, with the highest alcohol readings – 2.64mg/1000ml – reported in Gauteng.

Limpopo and Mpumalanga had the lowest alcohol readings, with 1.9mg/1000ml and 0.92mg/1000ml respectively.

About 192 drivers were arrested for speeding, again with Gauteng at the forefront. The highest recorded speed in Gauteng was 203 km/h, followed by the Western Cape’s 202 km/h.

Minister Nzimande called on all South Africans to take responsibility and warns that the Department of Transport is earnestly working towards a national database for traffic offences.

This will include a points demerit system. Minster Nzimande said the department will “move with speed” on this initiative as the current system “is a problem.”

“We need to move with speed on this. This is completely unacceptable. When I check traffic offences in KZN, they can only pick up KZN offences. They can’t pick up offences committed in [other provinces.] It’s a problem.”