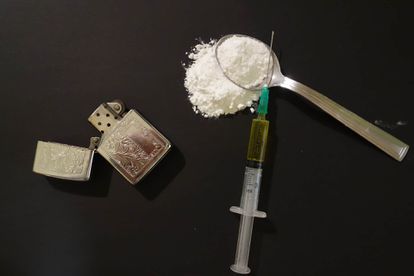 KZN police arrested alleged drug dealers who were transporting drugs in an e-hailing taxi. Image by RenoBeranger from Pixabay

KZN police arrested alleged drug dealers who were transporting drugs in an e-hailing taxi. Image by RenoBeranger from Pixabay

A Nigerian expat who apparently lived in Johannesburg for much of his life has been sentenced to jail in the United States for heroin trafficking.

Edwin Anyaoku, 54, was on Tuesday given a 66-month prison term by a federal court in Virginia for trafficking more than 30 kilograms of heroin intended for importation into the US.

Arrested in South Africa in 2018

According to a news report in the Washington Post newspaper, his sentence includes the year he spent in a South African prison awaiting extradition.

Anyaoku, who the Post said lived in South Africa for 20 years, was arrested in 2018 in Johannesburg in a joint police investigation by the Hawks’ South African Narcotics Enforcement Bureau (SANEB), Crime Intelligence (Counter Narcotics) and the United States Drug Enforcement Administration (DEA).

At the time he was found in possession of 29kg of heroin with an estimated South African value of R6-million. He had already supplied 1kg of the drug to a person the US Department of Justice described in a press statement as a “law enforcement confidential source”.

Heroin worth R1.3-million a kg

The department said in its statement that Anyaoku knew the heroin was intended for distribution in the US “and would be sold in New York for more than $60,000 (R1,3-million) per kilogram”.

Following his arrest the US applied for his extradition and he remained in custody until June 2019 when, with the assistance of the Pretoria Interpol office, he was extradited.

In South African media reports at the time, Anyaoku was described as an “alleged drug trafficking mastermind” and “suspected drug lord”.

A father with no criminal record

But is the US court, his American legal representative said he was a churchgoing co-owner of a small gaming business and a father of four girls. He had no criminal record or known history in the drug trade before a friend, identified as ‘Tony’, called to bring him into the heroin deal.

“But offered the opportunity to make more money than he had ever seen in his life, Anyaoku seized it eagerly,” the Washington Post reported.

“He pretended he was a regular international traveller with a relative who could sell the drugs in New York. In fact, he had left home for two vacations in 20 years in South Africa, never going further than neighbouring Mozambique.

“His New York ‘connection’ was a nephew who worked in public safety and had no idea what was going on.”

US District Judge Liam O’Grady called it “very curious” for Anyaoku to be “entrusted with so much heroin” when he had no history of drug dealing. But in the end, he said, that is what the evidence showed.

“I believe that you have not previously been involved with heroin trafficking,” he told Anyaoku. “You were tempted by a friend and decided to get greedy.”