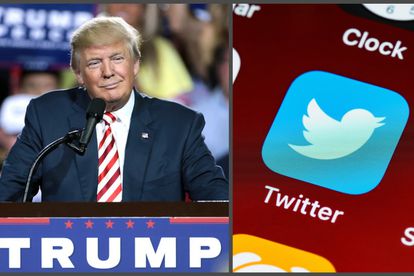 Donald Trump who has been in Twitter jail for nearly two years is making a comeback. This after Elon Musk took seriously the responses to a poll to bring back the former US President.

Musk is still in the process of acquiring the social media site but raised the possibility that he would lift bans on people whose Twitter’s accounts have been suspended.

He then put up a poll on whether Trump should be brought back to the social media site.

With more than 15.1 million people voting on the poll, the results came out close, with 51.8% of the votes in favour of Trump’s reinstatement.

But during the votes, Musk took note that a number of votes were being affected by automated ‘bots’ – which are not people. He suggested there was a need to clean up the Twitter polls from being influenced by “bot and trolls armies”.

The former US President was permanently blocked from Twitter following the attack on the US Capitol on 6 January 2021.

Twitter had said Trump’s posts were highly likely to “encourage and inspire people to replicate the criminal acts that took place at the US Capitol”.

On Tuesday, Trump made headlines again as he announced a bid to regain the White House in 2024. He also praised Musk, stating that he likes the billionaire.

Trump however does not seem too keen to return to Twitter. He reportedly told the Republican Jewish Coalition annual leadership that: “I don’t see any reason for it”.

Instead, he plans to stick with his new social media platform, Truth Social. This is an app developed by his Trump & Technology Group.

ELON HAS BEEN CONSIDERING UNBANNING TRUMP FOR A WHILE

Musk first planned to reverse the ban on Trump in May. This was closely monitored with fear by many of Twitter’s advertisers.

But Musk reassured users and advertisers that such a decision would be made with consideration by a council that moderates content. He said no account will be reinstated without the council having convened.

ALSO READ: Is this the end of Twitter? Chaos erupts as hundreds of employees quit