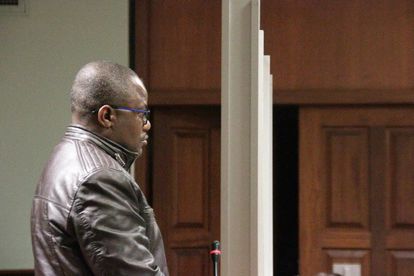 Ilunga Kalasa who was found to be an unlicenced doctor and an undocumented immigrant from DRC. PHOTO: dfa.co.za/Soraya Crowie

Ilunga Kalasa who was found to be an unlicenced doctor and an undocumented immigrant from DRC. PHOTO: dfa.co.za/Soraya Crowie

The doctor accused of raping a teenager in his consultation room while her father was waiting outside is actually not licenced. In addition, the accused is also an undocumented immigrant and is expected to hear his bail outcome on Monday.

Ilunga Kalasa, a Congolese national, reappeared before the Kimberley Magistrate’s Court on Friday for allegedly raping a teenage patient.

The state argued that the Kimberley-based doctor is a flight risk. It was also revealed by the prosecution that the doctor is illegally in South Africa. His family has returned to the Democratic Republic of Congo (DRC), meaning he had no reason to stay in the country, the SABC reported.

Releasing the accused on bail would mean that the doctor would likely evade trial, state prosecutor Kekeletso Lekota said.

“He is in possession of a Congolese passport. Congo does not have extradition agreements with South Africa.”

ACCUSED TURNS OUT TO BE FAKE AS HE IS NOT REGISTERED

It emerged that the doctor is not registered with the Health Professions Council of South Africa (HPCSA). But Kalasa would issue prescription medicine and sick notes, despite being bogus.

The HPCSA said such incidents have been increasing in recent months. Speaking to the SABC, HPCSA’s Christopher Tsatsawane said four to five people posing as doctors have been arrested in the past months.

“I can confirm that we have seen an increase in terms of this kind of behaviour throughout the country and different provinces. In the previous four or five months, we have arrested four or five persons who are actually practising without having registered with the council, which is a serious cause of concern,” Tsatsawane.

According to Tsatsawane, this is a criminal offence.

ILUNGA ALLEGEDLY RAPES TEEN WHILE HER FATHER WAITS OUTSIDE

The bogus doctor allegedly raped the teenage girl on Monday 15 August while her father was outside in the waiting room.

She said no word to her father as she walked out. She however told her aunt about the incident the following day. The matter was immediately reported to the police and the doctor was soon arrested.

The state however is opposing bail.

The doctor will hear his fate on Monday. The Kimberley Magistrate’s Court is expected to give judgement on the bail application.