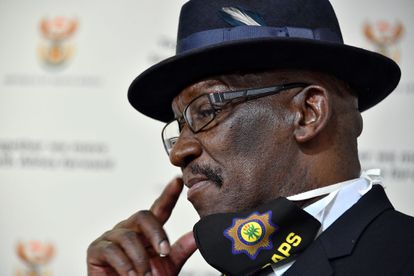 While nearly 350 people lost their lives during the unrest in KwaZulu-Natal and Gauteng in July, the chaos that unfolded in Phoenix was particularly gruesome. Police Minister Bheki Cele, who held a media briefing on Tuesday 3 August, revealed explicit details of the horror and trauma that played out just a few weeks ago.

A total of 36 people lost their lives in Phoenix. 30 people, who were killed, were shot, two were burnt to death, one was stabbed and another was run over by a vehicle. In total, police are investigating 52 cases of attempted murder and probing nine cases of common assault and 16 cases of Assault GBH but even that description is just the tip of the iceberg as to what actually played out in Phoenix.

Cele set the record straight and revealed the details of what took place in Phoenix. He said that on 12 July, community members set up blockades and patrolled the streets after mass looting and unrest in Durban. While some people in Phoenix set up armed checkpoints at strategic access points to the area, the situation rapidly deteriorated and soon violent scenes played out.

“The problem started when some people operating the checkpoints turned to vigilantism and started racially profiling people, preventing them entry into the suburb. This amounted to unlawful discrimination and a restriction of movement for mainly African people,” said Cele.

As described by Cele, a bakkie carrying looted items was stopped and searched at one of the checkpoints in Phoenix. Four occupants inside the bakkie fired shots at the community and the community returned fire. The suspects fled but the shootout resulted in the death of one person and the injury of three others.

Cele believes that this incident sparked other incidents of stoning and the burning of vehicles and further violence including shootings, stabbings and assaults.

Cele said it is alleged that some motorists were robbed and cars were ransacked at these road closures in Phoenix.

“Some motorists were allegedly forcefully taken out of their motor vehicles and then assaulted with baseball bats, bricks and sticks. Some people were even butchered with bush knives and other sharp instruments,” he said.

“It is alleged that some people were shot and killed and their vehicles were set alight,” he added.

Cele said what happened in Phoenix were criminal acts of the worst kind which also took a racial turn. “These acts have no place in our society and the perpetrators will be arrested and prosecuted,” he added.

Working closely with communities in and around Phoenix, 22 suspects have been arrested thus far.