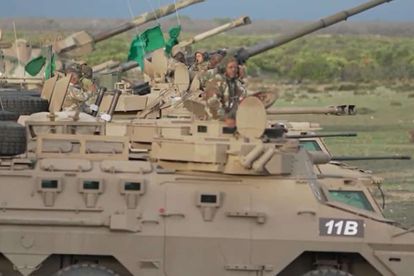 Public Enterprises Minister Pravin Gordhan says after Denel announced that employees would only receive 85% of their salaries due to financial constraints, a lender came to the entity’s aid to ensure it pays its staff in full.

He said this when he participated in a debate on the President’s State of the Nation Address on Tuesday.

“Honourable members, you would have seen news headlines [on Tuesday] that Denel can only pay 85% of staff salaries in June, due to liquidity constraints. The latest update is that a lender has come to the assistance of Denel and full salaries will now be paid,” he said.

Gordhan said there is no clearer example of the damaging effects of state capture than the financial strain and the uncertainty that 3 500 employees may face every month should the entity’s financial liquidity problems remain unresolved.

He said Denel, which is the producer of military and aerospace equipment, is a strategic state-owned entity which was harmed by state capture.

To turn things around at the entity, he said, the company is improving the way it manages its contracts and is renegotiating current contracts to ensure it improves margins earned on such business.

A new permanent CEO was appointed last year on the board’s recommendation. Steps to improve governance are being taken and the entity was moving to improve its financial accounting and reporting.

The company has also reduced employee costs by offering voluntary severance packages, while at the same time, it has a pipeline of potential contracts in excess of R30 billion.

Gordhan said, meanwhile, that in terms of its winter plan, Eskom has successfully managed the system and that as of Tuesday, it has gone for 94 days without load-shedding.

“Soon, the Minister of Finance will be able to announce the appointment of a Chief Restructuring Officer (CRO) following consultations in government.

“The new CRO will specifically focus on the utility’s financial distress, the company’s cost structure and the cost-effectiveness of its capital and operational expenditure and debt, among other financial matters,” he said.