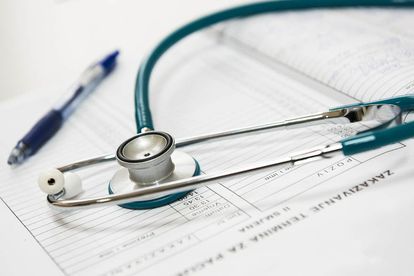 The Democratic Alliance (DA) have unsurprisingly spoken out against the National Health Insurance (NHI) Bill that was released on Thursday as it hasn’t changed much from when they called it a “disastrous piece of legislation”.

The official opposition first voiced concerns to the NHI Bill when it was initially muted during the fifth administration under controversial former President Jacob Zuma.

The DA is convinced that, instead of being a vehicle to provide quality healthcare for all, this NHI Bill will nationalise healthcare, create another state-owned enterprise (SOE) and be an additional tax burden to already financially-stretched South Africans.

“As anticipated, the NHI Bill has not changed much since the first problematic version was tabled during the 5th Parliament,” DA shadow minister of health Siviwe Gwarube said in a statement.

“The Bill, as it stands will not in any way, be able to achieve universal health coverage.”

NHI as a public entity

The establishment of the NHI Fund as a public entity will be constituted by the pooling of money both from the public and private sector. This will come with a myriad of problems that have reared their heads time and again at SOEs.

“The minister has sole discretionary powers over this fund. In addition, the board which is appointed by the minister, will be tasked with overseeing this Fund which means there are absolutely no checks and balances,” Gwarube warned.

“This fund will be nothing more than another SOE that will be completely vulnerable to grand corruption at the expense of the nation’s entire health system.”

The NHI Bill as it stands would completely centralise the provision of healthcare by placing the management of all central hospitals under the national department.

“This is an undermining of the provincial powers as enshrined in the National Healthcare Act of 2003,” Gwarube explained.

“This will mean the equitable share of funds to provincial departments is reduced to finance the Fund and will undeniably mean poorer health outcomes for ordinary South Africans.”

The financing model of the NHI Bill would mean the removal of the tax credit for citizens who have a private medical aid scheme, as well as impose an additional tax to fund another SOE.

“As unemployment continues to reach crisis levels, more and more people are battling to sustain a living in South Africa. This additional burden is avoidable under a different financing model,” Gwarube said.

The NHI Bill would remove the autonomy of choices for South African citizens entirely when it came to healthcare.

“It mandates the national department of health as the sole provider of healthcare in the country while all private healthcare providers will be contracted by the state,” explained Gwarube.

“This means that there is absolutely no choice for people on which services to purchase nor will there ever be competition to drive up the quality of healthcare.”