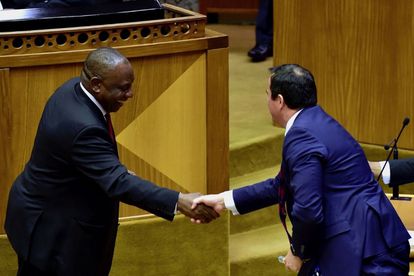 The Cabinet formed under the leadership of President Cyril Ramaphosa has not generated solely good reviews. Concerns have seemingly risen due to certain ministers within the cabinet allegedly failing to perform to the level required of them.

In light of this, a petition has been created in the hopes that Ramaphosa will remove these ministers from his cabinet.

The momentum behind the petition continues to increase. The petition has already garnered the support of more than 6,000 people who have taken the time to offer their signatures.

The petition raises challenges suffered by the Nation collectively; from load shedding to fuel price increases. The call to action was initiated by the Democratic Alliance (DA) who felt that many of the challenges felt by the county were a result of these allegedly underachieving ministers.

The official opposition party raised the issue within Parliament under a motion of no confidence in the Cabinet. The motion will be evaluated and voted on in the near future, reports TimesLIVE.

If the motion succeeds, a complete restructuring of Cabinet will have to be implemented with Ramaphosa being the only member immune to the adaptation.

Steenhuisen accuses Ramaphosa of not backing his words

The motion of no confidence was raised during the State of the Nation Address by DA leader  John Steenhuisen’s debate that took place in February. The motion stands under section 102(1) of the constitution.

Steenhuisen accused Ramaphosa of not being a president that backs up what he says. He added that Parliament will relieve the president of these burdens by making the difficult decisions for him.

In similar news, the Democratic Alliance (DA) launched a petition for the South African government to take a decisive stand on the invasion of Ukraine by Russia.

It’s been two weeks since Russia launched what it calls a ‘military operation’ in Ukraine. A number of Ukrainians have died, others have deceased and many have fled the country. DA Shadow Minister of International Relations and Cooperation, Darren Bergman said since the invasion, 10 days ago, the ANC government has flip-flopped on its stance multiple times.

Bergman said in the face of such an overwhelming atrocity, South Africa cannot stand idly by while its comrade ravishes a neighbouring country. Historic loyalty does not trump declarations of war. The Nelson Mandela Foundation also called on South Africa to take a stance on the ongoing conflict. Read the full story here.