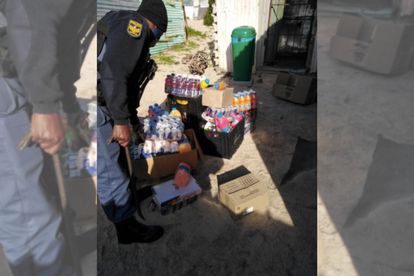 A 37-year-old man has been arrested after the alleged hijacking of a delivery truck in Kensington, Western Cape last week. The suspect is due to make his court appearance on Monday 2 August in Khayelitsha, police confirmed.

The investigation led the members to Nkanini in Harare where the truck was recovered with the driver locked in the cargo section.

“After further leads were pursued, the suspect was arrested in the area and the cargo with an estimated value of R40 000 was recovered. The circumstances are still under investigation and the possibility of more arrests is not ruled out,” said Colonel Andrè Traut.

THREE SUSPECTS ARRESTED FOR CRIMES RANGING FROM THEFT TO HOUSEBREAKING

Apart from the hijacking in the Western Cape, ​​K9 members arrested three suspects in separate incidents for crimes ranging from possession of a suspected stolen vehicle to housebreaking in the Eastern Cape.

In the first incident on Sunday 1 August 2021 at about 21:20, while K9 members were patrolling in Nkcembe Street in NU10 in Motherwell, they spotted a beige Toyota Corolla with no number plate at the rear. As the vehicle entered Mnenge Street, the driver accelerated when he spotted the police vehicle. The vehicle was pulled over and thoroughly searched.

“On examining the licence disc, it was discovered that the vehicle was reported stolen on the same day between 8:00 and 10:35 in Buffelsfontein Road in Walmer. Both suspects aged between 26 and 35-year-old were arrested for possession of a suspected stolen vehicle. Three cell phones were also confiscated,” said Colonel Priscilla Naidu.

In a separate incident at about 1:40 on Monday morning, K9 members responded to a complaint of housebreaking in progress at a house in Cathcart Street in Humewood. The vehicle gate of the premises was forced open and a window was broken and the burglar guard pushed open.

“A 22-year-old suspect was arrested for housebreaking and contravention of the Disaster Management Act,” added Naidu.

All suspects are expected to appear in court soon on their respective charges.