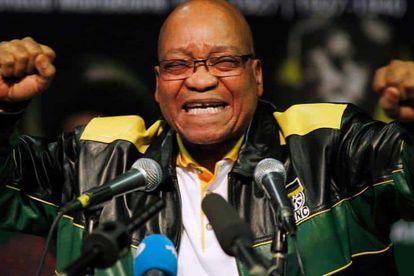 Former president, Jacob Zuma, is due in court on Friday morning at the Pietermaritzburg High Court where the court will hear of the submission he made requesting a permanent stay of prosecution in his corruption case.

Zuma holds the strongest support in his native province, Kwa-Zulu Natal. It comes as no surprise that he has enjoyed this much support in the region.

However, the calls for the state to drop the corruption case against him have grown a lot louder after Zuma lashed out at the National Prosecuting Authority (NPA) in the affidavit he submitted this week.

In it, Zuma made startling allegations against the prosecuting authority, basically charging them for conjuring up false charges against him for nothing short of 17 years.

In his view, if he was guilty of anything — dating back to the case of Khwezi — he ought to have been arrested by now.

#DefendZuma support base vow to march outside court

This is the sentiment that is shared by many of his supporters who have vowed to gather outside of the court in numbers to show support for their leader.

The #DefendZuma Facebook page shared a poster with detailed information about the gathering, with ‘wenzeni uZuma?‘ (what did Zuma do?) as the lead caption.

More supporters shared videos on Twitter on Thursday evening, stating that his support base was preparing to hold a night vigil in Zuma’s name, on the eve of his court appearance.

Furthermore, a video showing former Mkhonto Wesizwe (MK) soldiers marching in formation to join the #DefendZuma protesters outside the court.

Things are set to be rowdy outside Pietermaritzburg High Court and we will be on deck to provide more coverage, as Zuma is expected to address the crowd when he concludes matters inside.