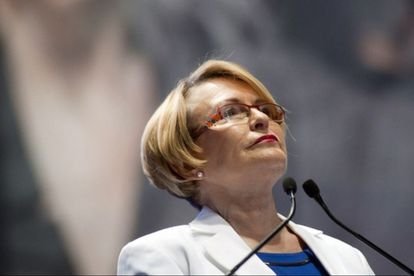 DA federal chair Helen Zille will be leading a protest outside the office of Gauteng education MEC Panyaza Lesufi against the BELA Bill. PHOTO: Flickr

DA federal chair Helen Zille will be leading a protest outside the office of Gauteng education MEC Panyaza Lesufi against the BELA Bill. PHOTO: Flickr

The DA will be taking to the streets on Tuesday morning to protest against the Basic Education Laws Amendment Bill (BELA Bill). The party claims the Bill intends to attack Afrikaans in schools.

The party, including its federal council chair Helen Zille will be demonstrating outside the office of Gauteng education MEC Panyaza Lesufi.

The DA has vowed to fight against what they have dubbed the “School Capture Bill”, stating it attacks mother-tongue learning.

The BELA Bill proposes changes to the South African Schools Act. It seeks to give the education department control in determining a school’s language policy, curriculums, the prohibition of corporal punishment and initiation practices in schools.

“Under the discriminatory BELA Bill, the head of provincial education departments and MECs like Lesufi will ultimately decide what language is taught in your child’s school and who is admitted to the school, said DA Gauteng Shadow MEC for Education Khume Ramulifho.

This Bill means that parents and school governing bodies will lose these powers, he said.

“Lesufi is the proud sponsor of this discriminatory move, and the ANC is attacking mother tongue education, especially Afrikaans, and will destroy our schools. The DA will not stand for this.”

DA LEADERS TO JOIN THE PROTEST AGAINST BILL

The protest is expected to start at 11:15 outside the office of MEC Lesufi. In the forefront will be DA’s federal council chair Helen Zille and the party’s shadow minister of basic education Baxolile Nodada.

DA shadow deputy minister of basic education Desiree van der Walt and Ramulifho will be present. The party’s interim youth leader Nicholas Nyati will also be at the protest.

“The DA stands concretely against the ANC taking over schools and school language policy,” Ramulifho said.

Union Solidarity submitted their comments on the Bill in June. The union states that the Bill will prevent communities from giving input on teaching and management of its schools or its children.

“This proposed legislation is in direct conflict with the objectives of South Africa’s democracy. The intention of the Constitution is precisely that public schools should function with greater autonomy and that communities should take responsibility for the management of these schools,” said Johnell van Vollenhoven, policy analyst at Solidarity Research Institute.