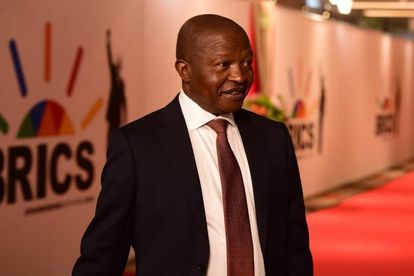 The DA’s oversight inspection to a supposed Mpumalanga housing project has led to the opposition party firmly placing the blame at the feet of former premier and current Deputy President, David Mabuza.

On Wednesday, the DA visited multiple housing projects in the Lekwa Municipality and Govan Mbeki Municipality in the province. The party says it was inundated with reports of people living in “undignified conditions” with collapsed sanitation services.

“The blame must be laid squarely at the feet of the province’s former premier, DD Mabuza, because on his watch the ANC’s rampant corruption and failed service delivery left communities in ruin. It’s an indictment on Mabuza that the people of Lekwa and Holfontein are forced to live in unfit conditions, trapped in poverty as the corruption-riddled ANC clings onto power,” Malatsi said.

Malatsi says that some residents complained about the ‘continued manipulation” of the housing beneficiary list.

Residents further shared frustrations as their long-awaited homes are being occupied by people who have since bought them from unscrupulous, corrupt officials.

In another ward, residents have been allocated stands for more than 10 years but have still not received title deeds. Others do not even have toilets or running water.

“In Ward 10, the construction of RDP houses is set to commence soon; however, there is no official beneficiaries list. Our people deserve nothing less than access to quality, safe and dignified housing.”

Read: “Mabuza should be in prison, not Deputy President” – Maimane

Back in June, DA leader Mmusi Maimane expressed his belief that Mabuza “should be in prison” for activities carried out during his time as Mpumalanga premier. Maimane also signalled Mabuza out for a similar RDP housing crisis in Rockdale.