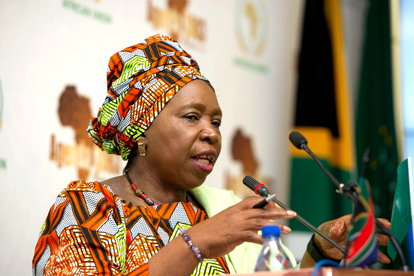 The DA has condemned the ANC government’s decision to extend the State of Disaster. Image: GCIS/ Flickr

The DA has condemned the ANC government’s decision to extend the State of Disaster. Image: GCIS/ Flickr

The Democratic Alliance has slammed the ANC after news broke that the National State of Disaster has been extended once again.

Extension nothing but ANC power grab

The opposition has slammed this as nothing less than an attempt by the ANC to access COVID-19 funding.

“The extension of the National State of Disaster is nothing but a power grab in order to continue to give ANC comrades easy access to Covid-funds, and to trample upon Constitutional rights.”

Minister in line of fire

Cooperative Governance and Traditional Affairs Minister Nkosazana Dlamini-Zuma has also received fierce condemnation from the DA over the decision.

DA MP Cilliers Brink condemned the ANC Minister for once again opting to extend the State of Disaster without any explanation to Parliament, or the people of South Africa.

Minister Nkosazana Dlamini-Zuma has once again decided to extend the National State of Disaster without any scientific basis for doing so. No explanation to Parliament or to the South African public. The 24th time on our account that she has decided to do so.”

Why the DA wants to remove Dlamini-Zuma

Interestingly, the Democratic Alliance is calling for the Minister’s removal from Cabinet entirely, citing a number of perceived grievances. Ironically, the first reason that the DA cited for Dlamini-Zuma’s removal was extending ‘State of Disaster incessantly without explanation’.

Additionally, the DA listed the following reasons for their demand:

The opposition party has started a petition to remove cabinet from power, boldly claiming that:

“If President Cyril Ramaphosa won’t fire Cooperative Governance and Traditional Affairs Minister Dr Nkosazana Dlamini-Zuma, we will take that burden off his hands and do it for him with our motion of no confidence in Cabinet.”