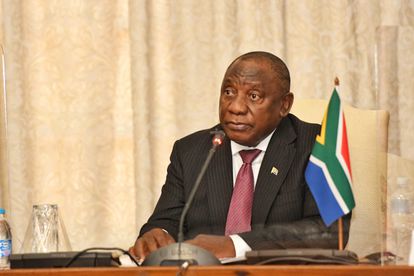 Cyril Ramaphosa has found plenty to distract him following the results of the 2021 Elections. Several missions abroad have been carried out by the president following the vote on Monday 1 November, but this time, the head of state played host to Kenyan President Uhuru Kenyatta in Pretoria. However, he couldn’t escape the reality facing the ANC.

How the ANC lost control

The ruling party has been unceremoniously dumped by just about everyone else in South Africa: The IFP collapsed a voting agreement in KZN, which in turn saw the ANC lose a host of safe seats. Councils that have been green for decades are now under the control of other parties – and eThekwini may go the same way on Wednesday.

The ANC also failed to take control of ANY metro in Gauteng, for the first time in our democratic history. The councils of Johannesburg, Ekurhuleni, and Tshwane are now under DA rule – thanks to a devious plot hatched by Herman Mashaba.

The ActionSA leader tapped up the EFF, getting them to agree to tactically vote for the DA in each metro, freezing the ANC out across the province. Ramaphosa, fully aware of the dark arts which rejected his party, has insisted that the results must be respected – and he announced it was time for the 109-year-old organisation to ‘go back to the drawing board’.

“What is unfolding is how democracy works. This is the footsteps, if you like, of democracy and we’ve seen it play out throughout the country. We are a party that learns very quickly and we are going to go back to the drawing board. This for us is a big setback, and we’re going to reflect on all these setbacks.”

“As the president of the governing party, it is disappointing for the ANC, but we should accept the clear message of our people on the ANC. We’ve taken heed and listened and this for us is a big setback, but it is also a big lesson.”