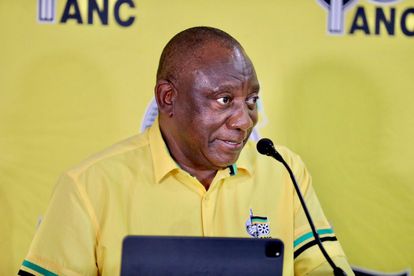 Here we go, this is what election season is all about: Mud-slinging between the main parties. On Monday night, Cyril Ramaphosa showed he could still land a killer blow or two, after he blasted the DA for their governance of Tshwane.

Essentially accusing the Blues of ‘running the city into the ground’ since they took charge in 2016, Ramaphosa claims that the DA has inflicted great hardships upon locals over the last five years. Amongst other things, the 68-year-old head of state lambasted his political rivals for failing to manage various water crises in the metro:

“We are well aware that many people here in Tshwane and elsewhere in the country decided not to vote for us in 2016. We understand that you were disappointed with the ANC, and discouraged by our shortcomings. Tshwane has been governed by a different party for the past five years. This has caused great hardship for the local residents.”

“People living in Atteridgeville, Laudium, and Hammanskraal, for example, have faced long periods without water. Just last week, water in Laudium and Atteridgeville was cut off yet again for nearly eight days. Once more families could not wash, could not flush their toilets. Parents could not cook for their children or wash school uniforms on time.”

Ramaphosa rampage: President sticks the boot in on DA governance

Ramaphosa was speaking at the ANC’s manifesto launch, which contained a lot of promises about things his party has had 27 years to do. The cynics amongst us will need more than just ‘whataboutery’ to convince them that the 112-year-old organisation can be trusted to govern – but there was no stopping Cyril in his roast of the Tshwane DA.

Informal settlements have not been upgraded and the city has failed to make land available so that residents can access serviced stands and move out of inhumane settlements on dolomitic land.

Make no mistake, Tshwane is a battleground the ANC will be all too happy to fight on. The EFF also reckon they have a sniff of unseating the DA and taking control of this metro themselves. Ramaphosa, however, was relentless in his pleas:

“Unless you, the voters, partner with us in our mission to build better communities we will not be able to achieve the pledges we make in our manifesto. We ask you to give the ANC a mandate to fix Tshwane, our capital city, and every other city, town, village, and rural area in the country. Vote for South Africa. Vote ANC.” | Cyril Ramaphosa