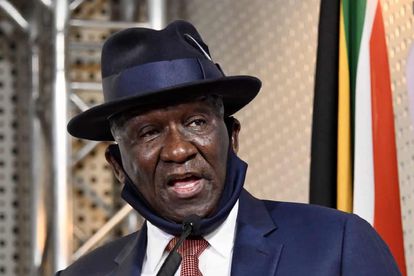 Police Minister Bheki Cele released the Quarter 1 crime stats for 2021/2022 on Friday 20 August and amid statistics on murder and farm attacks, he announced that there had been more than 10 000 cases of rape reported between April and June this year.

Sadly, this is an increase from the previous reporting period.

According to Cele, 10 006 people were raped between April and June 2021. This is an increase of 4 201 cases, amounting to a 72.4% increase, compared to the skewed previous reporting period.

“This number drops drastically to 2.8% if [the] comparison was made to the normal period prior to lockdown,” he said.

The Inanda police station in Kwa-Zulu Natal, Delft in the Western Cape and the Eastern Cape’s Lusikisiki police stations recorded the highest incidents of rape.

WOMAN ALLEGEDLY RAPED AND ASSAULTED BY PARTNER IN THE WESTERN CAPE

Apart from the crime stats that were released on Friday, a 33-year-old woman from Thembalethu near George in the Western Cape had to be hospitalised after her 38-year-old partner allegedly attacked her in their home on Monday 16 August 2021. The man has since been arrested.

A preliminary investigation revealed that the couple had an argument at their residence in Thembalethu on 16 August 2021 in the early evening.

“The suspect allegedly accused her of having an affair whereafter he started to assault her. He left the house to have drinks elsewhere and returned at about 21:30. He then continued to assault her by hitting her with a hammer against her head and also hit her with different objects,” said Pojie.

It is also understood that the woman was raped.