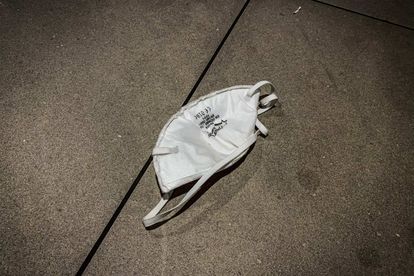 The Gauteng Department of Health was again prompted to approach the courts due to another act of non-compliance. This is after a church in Katlehong staged a mass gathering which was not in line with government’s measures to curb the spread of COVID-19.

This follows President Cyril Ramaphosa declaring a national state of disaster on Sunday 15 March due to the growing number of confirmed coronavirus cases in South Africa.

Among regulations gazetted by the government, a ban of public gatherings of 100 or more people was enforced.

On Friday 20 March, the health department revealed that it had obtained a court order against the church after a tip-off from the community.

“The church has been interdicted and restrained with immediate effect from conducting a church service that is not in accordance with the gazetted regulations as released by the Department of Cooperative Governance and Traditional Affairs,” the statement read.

“The concerns surrounding the church gathering was brought to the attention of the department by the community where the church is based.

“Non-compliance of the gazetted regulations can result in a fine or arrest. Mass gatherings pose expose people to great risk. The measures that have been announced by President Cyril Ramaphosa are put in place to help contain and prevent the spread of COVID-19.”

The department appealed to the public to adhere to the new regulations.

Churches urged to abide by the law

Earlier in the week, the new regulations were given the thumbs-up by various religious leaders who urged their followers to cooperate with the government in curbing the spread of the virus.

This comes after it had been declared that various religious gatherings scheduled for the Easter period had been suspended.

Police Minister Bheki Cele reiterated on Friday that even churches are binded by law.

“It’s not just a promise, it’s what we will do. Those people [who continue to gather], even if they are church leaders, we will act on them,” he said.

“Stop that thing of opposing the government and the law. Churches in the country are subjected to the law.”

This was the second time in a week where the Gauteng Health Department had to resort to approaching the courts following an act of non-compliance.

On Tuesday, they were granted a court order to track down a family after two of its three members tested positive for COVID-19 but left the hospital before a test specimen had been taken from the third.