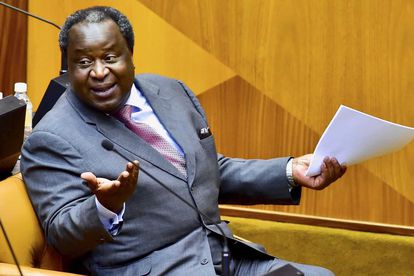 The Congress of South African Trade unions (Cosatu) says Treasury needs to do away with its counterproductive approach of cutting expenditure in an effort to get the country out of the current economic crisis.

“We believe government needs to spend money to prevent the economy from collapsing, government can get the money if it tackles corruption wasteful expenditure which consumes about R150 billion rand every year.”

Parks said investment in infrastructure is among the eight priority interventions listed in the country’s Economic Reconstruction and Recovery plan unveiled by President Ramaphosa on 15 October 2020 in Parliament.

As per the plan which is aimed at rebuilding the economy in the wake of the COVID-19 pandemic, a newly established Infrastructure Fund will provide R100 billion in catalytic finance over the next decade.

This year’s mid-term budget will be by far the most challenging for Mboweni, as it is tabled against the backdrop of a recession which the country found itself in – even before the COVID-19 lockdown brought economic activity to an abrupt halt.

Economist Dr Azar Jammine has warned against embarking upon undue austerity when the country is dealing with the ravages of the Covid-19 virus.

“He (Mboweni) knows government revenue is likely to fall even shorter and in addition he has to extend social grant payments to the unemployed, so there’s a strong likely hood that the budget deficit will be increased even further compared with the June supplementary budget” Jammine said.