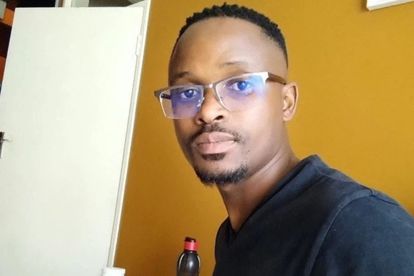 Mthokozisi Ntumba was killed during a student protest in Johannesburg last year. The police officers accused of his murder were found not guilty. PHOTO:

Mthokozisi Ntumba was killed during a student protest in Johannesburg last year. The police officers accused of his murder were found not guilty. PHOTO:

Four police officers are acquitted of murder charges on Tuesday for allegedly killing Mthokozisi Ntumba during a student protest in Johannesburg last year.

Ntumba was hit by a rubber bullet during fees protests by Wits students. Ntumba was not part of the protest but instead got caught in the crossfire when he walked out of a doctor’s office. He died shortly after the shooting.

Speaking to eNCA after the judgment, Mohammed said he felt relief to see justice being done. As a police officer, he never thought he would ever face a charge of murder.

“It was strenuous for me, my family, my work and colleagues that I have done something that I never done. Today, I have my relief and my peace. At least I will be able to sleep.”

The past year have been tough on Mohammed who said the stress extended to his family.

“Imagine they say you are being called a murderer. It’s not an easy thing. As a police officer, I have never done that. It was the first time that has happened. For my family, it will be a relief now for them. That is why I complied and attended the court. I wanted justice as well for what happened that day. Today, at least that happened,” said Mohammed.

NOT ENOUGH EVIDENCE FROM STATE

The State had failed to prove their case beyond a reasonable doubt that the four officers had indeed fired shots and killed Ntumba.

In her heads of arguments, State prosecutor Advocate Evelyn Moseki said there was a prima facie case against the four officers.

She argued that no other police officers were at the crime scene during the shooting, except the four accused. Moseki said the accused officers shot randomly.

But the court dismissed the case due to insufficient evidence proving that the four officers killed Ntumba. The matter is discharged in terms of Section 174 of the Criminal Procedure Act.

The National Prosecuting Authority (NPA) said they will study the judgement.

Spokesperson Phindi Mjonondwane says the court acts carefully if it feels evidence brought before it may not lead to a conviction.

“That is what justice is about… If the court is of the view that the evidence presented in court is of a nature that a court acting carefully may not convict, then the accused persons are entitled to a discharge – which is what happened in this instance.”

She said the NPA would be studying the judgment to determine if there is a need for it to be reviewed.