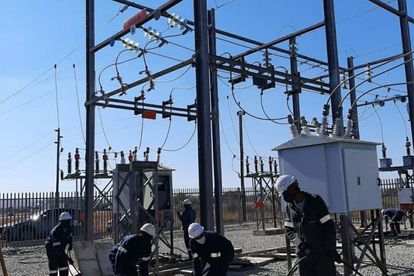 Eskom concerned over vandalism and theft at their substations in Gauteng. Photo: Eskom/Facebook

Eskom concerned over vandalism and theft at their substations in Gauteng. Photo: Eskom/Facebook

Eskom has noted with great concern the increase in incidents of vandalism and theft to its infrastructure in Gauteng.

This comes after the Gravett substation in Nigel, Ekurhuleni was extensively vandalised over the weekend.

SUBSTATION BEING REBUILT AFTER BEING VANDALISED

The power utility said on Monday that it is hard at work rebuilding the substation after it was vandalised on Saturday, plunging small business customers in the surrounding areas into extended darkness.

“Customers in Driemanskap plots, Glenroy farms, Rooikraal and Suikerbosrand are currently without electricity due to the vandalism of the substation, affecting small businesses in these areas,”

The enormous damage caused required that the substation be rebuilt. However, residents and business owners will not be happy to hear that it could take a week or more to repair.

It is estimated that it may take more than a week to repair and restore supply to the affected areas, Eskom further said.

The power utility said it is pulling out all the stops to ensure the speedy, but proper and safe reconstruction of the substation.

Furthermore, Eskom has intensified efforts to address the ongoing theft and vandalism of its electricity infrastructure. This was through partnering with law enforcement agencies and communities across the Gauteng province.

“The partnership proves to be yielding fruits as more people are coming forward with information that has led to several arrests, prosecutions and convictions,”

Eskom has since apologised for the inconvenience caused as it works on rebuilding the substation and restoring supply to the affected customers.

Meanwhile, members of the public are encouraged to report illegal electricity-related activities to law enforcement agencies. Also, to the Eskom Crime Line: 0800 112 722.

The embattled power utility says there was a breakdown of generation units at Majuba and Medupi power stations, which necessitated the re-introduction of load shedding.

The power utility has been carrying out load shedding during the evening peak these past few weeks as it struggles to meet the demand for electricity.

On Sunday, Eskom moved to suspend load shedding, but warned it would be bringing back the rolling blackouts soon, due to a loss in generation capacity.