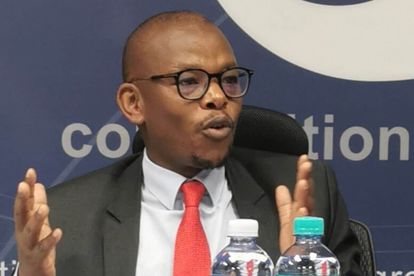 The Competition Commission have announced that they are coming down hard on those trying to take advantage of vulnerable consumers during the nation-wide lockdown by hiking prices of good unfairly , with over R12 million procured in finalised settlements with offending businesses, and a further R30 million expected.

A large amount of the settlements is going towards the Solidarity Fund which assists with relief distribution for those burdened by COVID-19’s effect on the economy.

Speaking at the Economic Custer Council meeting on Friday 29 May, Commissioner Thembinkosi Bonakele also said that the agreement with major mobile providers MTN and Vodacom prior to the lockdown was fortuitously timed as it had allowed millions of South Africans to access data at affordable rates.

Bonakele said that the Commission has received over 1 500 complaints about price gouging since the start of the lockdown, with Gauteng seemingly the home of the country’s most opportunistic exploiters of the pandemic.

He said complaints into price fixing on masks and other PPE by Dis-Chem group and Babalegi Supplies remains with a Court tribunal awaiting judgement, however a further R30 million in settlements is expected to be procured in the coming month.

“Without declaring victory in the war against price hiking, I think that the work that was done have yielded some positive results,” he said after announcing that prices had stabilised for the most part after a flurry of opportunism saw the consumer having to dig deep in its pocket at the start of the lockdown.

“What we’ve seen is that although prices initially spiked due to panic buying and opportunistic behaviours, prices have now stabilised, according to the data, especially with food,” he said. “We are not out of the woods yet though, certain goods we import will see price increases and hikes.”

“Even where you have price increases, you need a watchdog to ensure that the increase is justified by the cost.”

“We have already prosecuted and levelled fines of about R30 million. Some of these have been redirected as donations to the Solidarity Fund. We are awaiting judgements on some cases, like the large supplier of masks to Dis-Chem.”

Settlement to be donated to Solidarity fund

Overall, Bonakele said that the following donations had been made, funded by R7 479 542 penalties levelled against respondent firms.

He said that 35 firms are in various stages of settlement at the moment.

“The Commission is also monitoring food market pricing to understand retail level inflation and the need for enforcement action,” he said. “We expect the price increases in some staple foods such as bread and flour, due to the rand depreciation which has resulted in price increases for imported crops such as wheat (25%) and rice (30%).”

“The domestic price of maize has however increased due to season end shortages but will drop significantly as the new bumper crop comes in late May.”

Regarding the pre-lockdown agreement between the Commission and MTN, as well as Vodacom and other mobile data providers who have opted to cooperate, consumers have enjoyed lower, more sustainable data rates, as well as zero-rated access to a variety of essential websites.

“Just before the lockdown, the Commission completed its work against mobile operators with findings of excessive pricing, especially anti-poor.

“We settled the case with both MTN and Vodacom, with consumer prices needing to be dropped by 30-50%. This agreement included free access to certain websites including educational websites covering the syllabus of all public schools.”

“Little did we know then how important the intervention was going to be in these times.”

He said that now the commission would continue to monitor the compliance with the agreement and analyse the impact on the consumer’s ability to gain access to previously unattainable resources.

“We must now monitor compliance with those commitments. We expect that schools syllabus and home schooling will now be enabled with free access to these sites by all the mobile operators, even those outside the agreement.”