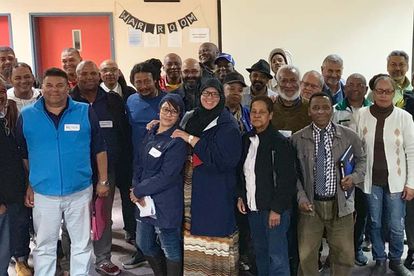 It was just over a month ago that the Mitchell’s Plain Integrated Development Forum (MPIDF) finalised its constitution. This was according to a report in the Plainsman on 26 June. The MPIDF met with Airports Company of South Africa (ACSA) on Tuesday 28 May following a public meeting. The ACSA currently owns almost 500 hectares of the Swartklip Development.

Additionally, more than 40 community organisations and 200 residents attended a call to action meeting on Sunday 26 May. The community elected the forum at the Imperial Primary School in Beacon Valley. Their main aim is to represent and access opportunities for the greater Mitchell’s Plain area.

Stated in the meeting, community activist, Marshall Nelson, that members had to come together.

“We are currently missing out on broader opportunities because Mitchell’s Plain is declared divided.”

The forum created a mandate during the meeting to explore business, education and other opportunities in the area.

The founder and chairperson of Plein Chamber, Séan Achim, stated that community members must communicate with one another.

“We need each other to talk. If we don’t do this, we lose out on opportunities.”

The forum aims to have a constitution by Saturday 13 July.

Achim stated that taking part in the development could be an opportunity for the community.

In addition, after the public meeting, the MPIDF met with ACSA and other local organisations to discuss the Swartklip development.

In addition, the ACSA sent a letter on Friday 31 May acknowledging the forum as one of the representatives for the community in the Swartklip development.