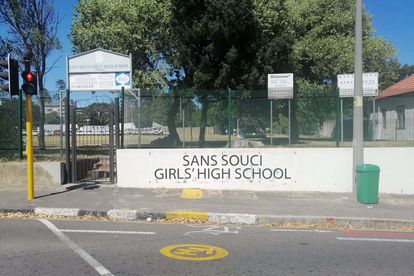 The case of common assault against a teacher at San Souci Girls’ High School for slapping one of her students has been withdrawn by the National Prosecuting Authority (NPA).

The video that started the San Souci teacher saga

The story spread like wildfire across South Africa back in February 2019 when a video of an altercation between the teacher, Clarissa Venter, and one of her students went viral on social media.

In the clip, the pair can be seen arguing – apparently over the use of a cellphone in class. Both parties get increasingly aggressive until the student ended up pushing the teacher and earned a slap in the face from the educator.

While the conduct of both parties has been widely condemned by South Africa at large, the NPA did not believe there was enough to the incident to warrant continuing the case against Venter.

Case has never really been on solid ground

The writing has been on the wall for some time with this case that has been postponed time and again since the incident happened well over six months ago now.

In the interim, announcements have been made by San Souci that Venter would be allowed to keep her job and both were suspended by the school, which was able to act far more quickly than the courts.

Even through all of the uncertainty, the learner’s mother was adamant to continue legal proceedings against Venter and will be bitterly disappointed by this result.

“The chief prosecutor withdrew the common assault charge on the merits,” said William Booth, who is Venter’s attorney in the matter.

“That means they have dropped charges based on the evidence and what led to the incident. That had to be taken into account. She was provoked and attacked and acted lawfully.

Student’s behaviour played a role in the decision

The NPA were apparently swayed to drop charges based primarily off of the provocative actions of the student.

“The provocation included the behaviour of the child. She was asked to leave the class several times after she disobeyed my client, who told her not to use her cellphone in the classroom.

“She refused to leave, pushed the desk up against my client and then lunged at her to attack her. Based on that, my client felt she acted lawfully.”

The fact that the educator has received a huge swell of support from the school, including fellow teachers, administrators, and even students, played a roll in convincing the court that Venter was not acting out of any malicious intent.

“The prosecutors also considered her standing at Sans Souci, where she is held in high regard by the teachers, parents, and pupils who have a special rapport with her,” Booth explained.