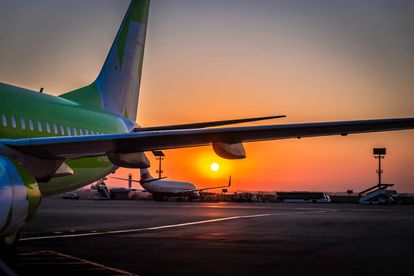 The five-day-long suspension of the Air Operator Certificate (AOC) of Comair, which the Regulator imposed, was lifted with immediate effect late on Wednesday evening.

So pack your bags and get ready for your flight!

SUSPENSION WAS LIFTED WITH IMMEDIATE EFFECT

The South African Civil Aviation Authority (SACAA) said in a statement it had concluded the assessment and evaluation of Comair’s evidence to close the Level 1 findings raised during the audit, which started on 07 March 2022.

“The evaluation of the evidence was concluded on the evening of 16 March 2022. The impact of this outcome paves the way for the Director of Civil Aviation to uplift the Air Operator Certificate (AOC) of Comair with immediate effect.

“The SACAA audited Comair following a spate of occurrences which posed safety risks by Kulula.com and BA Comair airlines,” it said.

EVIDENCE WAS CONCLUDED ON WEDNESDAY EVENING

“This brings to an end a five-day suspension of the AOC imposed by the Regulator from 12 March 2022.”

IT WAS A FIVE-DAY SUSPENSION OF THE AOC

SACAA added that the Director of Civil Aviation heralds the commitment shown by the Regulator’s inspectorate team from the first day of the audit leading up to the sleepless nights spent evaluating evidence, all in the interest of ensuring aviation safety.

“The cooperation and commitment of the Operator during this period signalled the seriousness in which the Operator took this matter and the openness displayed in the days leading up to this day,” it said.

“Our focus is to get our operations back to normal as quickly as possible and schedules will therefore be restored in a phased manner,” it said.

HERE IS WHAT YOU NEED TO KNOW ABOUT THE FLIGHTS:

Customers are advised to check the schedules on the airlines’ websites before coming to the airport:

Customers with existing reservations will be contacted directly.

It urged customers NOT to go to the airport unless you have a newly confirmed booking.