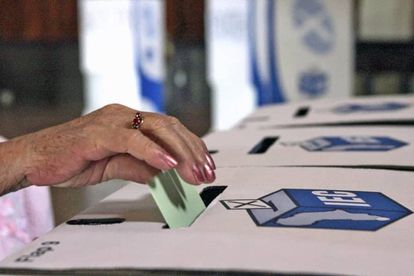 As Zimbabwe waits with baited breath over the outcome of the general election, it’s perhaps worth remembering just how much one vote counts.

Emmerson Mnangagwa of Zanu-PF and Nelson Chamisa of MDC are reportedly as good as “neck-and-neck” in the race to become Zimbabwe’s first democratically elected leader since Robert Mugabe. But could the vote run as close to the wire as these fiercely-fought contests did?

General elections decided by one vote

There has been one confirmed general election that was decided by just a single vote. That happened in Zanzibar, back in January 1961. The island – which forms part of the Republic of Tanzania, has been a semi-autonomous state since the mid 20th century.

The public went to the ballot boxes 57 years ago and they were truly split between two main candidates: The Afro-Shirazi Party (ASP) and the Zanzibar Nationalist Party (ZNP).

There were 22 seats to contend with, and both the ASP and ZNP had claimed nine each. The Zanzibar and Pemba People’s Party (ZPPP) threw a spanner in the works and claimed three seats, meaning the last one came down to the vote in the constituency of Chake-Chake. Here’s how it went down:

By virtue of one vote in the last constituency, ASP were declared the winners. To this day, it remains the only general election decided by the grace of one vote.

Can one vote make a difference?

You should ask that to Virginia Democrat Shelly Simonds. She won a seat in the state legislature by the narrowest of margins just nine months ago, which in turn made Virginia a blue state again.

Her victory gave the party a majority in the House of Delegates. Which means that one vote didn’t just change an elected representative, but it switched the power balance of the entire province.

Famous elections that finished in a tie

Some ballots, of course, can be won by less than one vote. Elections in local governments and for regional politics can sometimes throw up a dead heat, as the number of votes available is compacted into a smaller sample size.

Candidates then have to draw straws, cards or even flip a coin to decide who wins the poll. This happened during a by-election in the UK as recently as March 2018:

We have an all-time favourite story on this one, don’t you worry. We’re of course talking about the 2013 state legislature election in the Austrian state of Carinthia. Let’s just say it finished as a right cock-up…

The Green Party couldn’t be separated from the Alliance for the Future of Austria, so a recount commenced. Now, this particular poll was a little complicated. Voters were asked to vote for a preferred candidate, and then also rank their preference for other nominees.

One voter, perhaps with other things on their mind, drew a penis in the ranking column but left a perfectly fine check in the preferred candidate box too. The crudely-drawn genitalia, drawn within the confines of the Greens’ box, was controversially deemed to be a legitimate vote, so they eventually took the seat.

Someone had obviously mistaken election day for erection day, meaning that Carinthia 2013 was the first ballot to ever be decided by “a length”.

Closest Presidential elections in the USA

When you think of close elections, there are two names that come to mind: George Bush and Al Gore. The nation was deadlocked over who should succeed Bill Clinton, and much like Zanibar ’61, the final decision came down to the vote of one state.

If either candidate won the state of Florida, the presidency would be theirs. However, there was an excruciating wait to determine who would become the 43rd president of the United States. Eventually, after stacks of recounts and accusations of ballot tampering, Bush emerged victorious.

Gore won the popular vote by more than 500 000, but the might of Florida carried the Republican nominee over the line. It remains one of the most controversial elections (featuring no Russian interference) in American history.

Rutherford B. Hayes and Samuel Tilden are the disputed election OGs, however. Tilden emerged victorious by 3% of the public’s vote but couldn’t get the majority approval of that infamous Electoral College.

After some partisan shenanigans, Hayes was awarded one more electoral vote than Tilden, putting him into the White House at Tilden’s expense. It is widely believed, however, that the agreement to nominate Hayes involved some serious concessions to the Democrats, including the withdrawal of troops from the south.