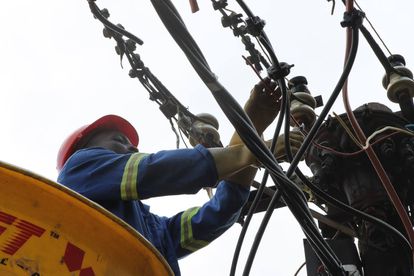 City Power employees were attacked in a matter of 24 hours in different parts of Johannesburg this week.

ATTACK ON EMPLOYEES WHILE WORKING

A City Power employee is hospitalised in critical condition after he was attacked and assaulted in Hillbrow on Thursday.

Ratsele Machete, 53, was part of the Revenue Protection Unit. This team conducted a disconnection operation on a defaulting property along Wolmarans Street in Hillbrow, said spokesperson Isaac Mangena.

They were attacked and stoned by residents who refused them to do their work. They also threatened to burn their car, said Mangena.

“[Machete] was hit in the head several times with a blunt object and stones. He was rushed to Milpark Hospital where he is in the intensive care unit (ICU) with serious head injuries.”

City Power subsequently decided to withdraw its team from Hillbrow for safety reasons.

In another incident on Wednesday, a team of contractors working in Alexandra township were attacked and hijacked.

The team was repairing an outage on 9th Avenue, said Mangena.

“In both the incidents, the police were called and we are hoping the law will take its course.”

CEO Tshifularo Mashava said they are worried about the increase in attacks on employees. She condemns the continued attacks on their employees while doing their job.

“We are really worried about the increase in attacks on our employees, especially at the hands of the community members they are meant to serve. It cannot be right that our teams constantly have to look behind their backs worried about being attacked, robbed, shot or hijacked while doing their work to ensure the residents have electricity.”

She said they will not hesitate to remove their teams from hostile areas until safety is guaranteed.

“We call on the residents to reject and condemn the actions of the few and ensure the safety of municipal workers is guaranteed in their communities,” said Mashava.