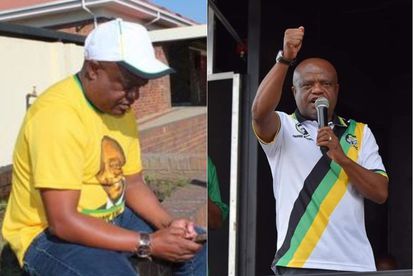 Dada Morero has been elected the new Executive Mayor in the City of Johannesburg. Photo: @CdeDada / Twitter

Dada Morero has been elected the new Executive Mayor in the City of Johannesburg. Photo: @CdeDada / Twitter

The City of Johannesburg has a new Executive Mayor! Coalition partners have voted for the African National Congress’s (ANC) Regional Chairperson Dada Morero.

This comes after the Johannesburg City Council speaker, Colleen Makhubele passed a motion of no confidence against the Democratic Alliance’s (DA) Mpho Phalatse and Morero was voted in on Friday, 30 September.

CITY OF JOHANNESBURG HAS NEW MAYOR

Phalatse who filed court papers in a last minute bid to stop Friday’s meeting from going through (which was struck off the roll) lost the vote of motion of no confidence against her after 139 of the 145 councillors who signed the register voted for the motion to be tabled. Members of the DA and the IFP abstained from voting.

As previously reported, the ANC in Johannesburg had set its sights on Mpho Phalatse’s removal, after having managed to successfully oust her fellow DA member Vasco Da Gama.

Da Gama was removed as Speaker in a motion of no confidence vote that was supported by the ANC, Economic Freedom Fighters (EFF) as well as other political parties in the council. The Congress of the People’s (COPE) Colleen Makhubele was then elected to the post during a council sitting on Wednesday, 28 September 2022.

In his first address, Morero said communities have suffered enough and promised to stabilise the City of Johannesburg by focusing on the quality of life by ensuring that the developmental driven resilience of all takes place.