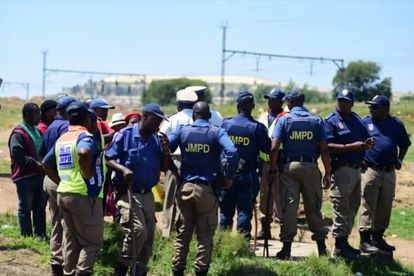 Mashaba was speaking at the new officers’ induction on Wednesday. He revealed that when they decided to recruit 1500 new officers to bolster policing in the city, they were left overwhelmed by the 38 600 applications. Some people were even so eager to join the programme that they ended up applying multiple times.

To motivate the new officers, the mayor urged them to remember why they had become a part of such a programme.

You all here today among the fortunate few the City could accommodate. Though we are heartened by the vast number of applications received, we clearly have a massive task ahead of us in tackling unemployment.

When I took office in August last year, one of the promises I made was that I would capacitate the JMPD to enable them to better police the City’s communities.

It is with joy that I am seeing that promise realised today.”

Mashaba said that one of City’s nine priorities is to ensure safer communities. With the JMPD previously being “extremely” understaffed, the new officers represent a 50% increase in the size of the unit.

The City of Joburg says they recognise that policing is first and foremost a national competency, however, they believe they have a role to play in keeping local residents safe.

“However, the challenges posed by the high incidence of crime within the City are substantial. If we are to succeed, we need provincial and national government to also do their part,” Mashaba said

While Mashaba may have his critics, the move to create jobs and keep residents safe in one go is one that needs to be applauded.  Be sure to let us know in the Facebook comments if you see these new officers on the Jozi streets.