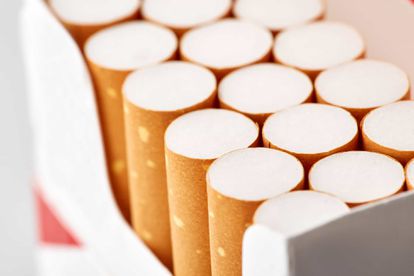 British American Tobacco, Japan Tobacco International and others triumphed over Dlamini Zuma and the South African government. Here’s how the Western Cape Division of the High Court ruled on the matter.

The Western Cape High Court on Friday 11 December 2020 ruled that the cigarette ban instituted during the first stages of lockdown back in March 2020 was unconstitutional.

As per the judgement published on Friday, the court ruled that regulation 45 in terms of section 27 (2) of the Disaster Management Act of 2002 was “inconsistent” with the Constitution.

The document states that the cigarette ban is deemed as “invalid” and that it “cannot and does not withstand constitutional scrutiny”. In addition, each party will “pay its own costs”.

The Fair-Trade Independent Tobacco Association (Fita) appeared in court back in July and appealed the court’s decision.

As per a statement released at the time, the organisation said they are “very happy with the arguments raised by our legal team and we await the ruling of the Court. A verdict has been reserved”.

“We will learn whether we will be allowed to challenge the dismissal of our cigarette ban challenge during the course of next week. We will notify the public as soon as we receive this judgment.”

This followed after the government and their lawyers told the court that “there would be no chance of different outcome” if the appeal against the ban was held elsewhere.

The opposition said that Fita’s “attempts to find fault in the medical evidence but has failed”. Therefore, the legal teams believe that Fita’s leave to appeal should not be granted.

At the time, Fita chairperson Sinenhlanhla Mnguni has said what millions of smokers are thinking when he tweeted:

“A mere raindrop in the Pacific Ocean if we’re being honest. Just lift the bloody thing and focus on serious issues!”

The ban caused the sale of illegal goods to skyrocket, with the SANDF regularly confiscating cigarettes at South Africa’s various entry points. A massive bust worth R500 000 made headlines in July.

SANDF foot patrol soldiers confiscated cigarettes to the value of R599 283 at the border between SA and Zimbabwe. The border has allegedly been used by cigarette smugglers to supply the Gauteng market.

Meanwhile, soldiers on night patrol confiscated nine master boxes, 40 cartons and 575 packets of Express valued at R146 430, while another group of solders confiscated cigarettes to the value of R184 353.