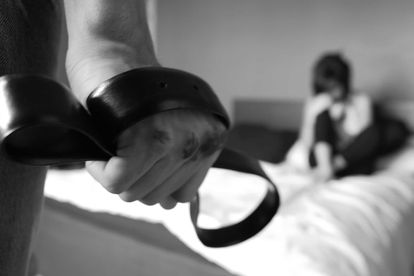 The case against the parents facing a litany of charges related to the murder of their five-month-old infant and abuse of their other children, has been postponed to 4 November 2020.

In what is perhaps one of the most horrifying stories of child abuse, the couple, whose identities have been withheld for the sake of the children, appeared before the High Court in Johannesburg on Tuesday, 29 September 2020.

“The horrors in which children live have been exposed in this case where a man comes into the life of a mother of two children, one with a learning disability and he systematically sexually abuses, physically abuses, holds hostage and tortures his two step-children with NO protection from the mother,” local organisation Women and Men Against Child Abuse said.

Sentencing proceedings against the pair were set to get underway, however there was a delay in the matter. The presiding judge did not give reasons for the postponement.

According to WMACA, the man – who was the stepfather to two of the children, a 10-year-old girl and her 12-year-old brother, repeatedly mistreated them, in some of the most unthinkable ways.

They were both convicted of the assault and subsequent murder of their infant daughter, who died from Shaken Baby syndrome, a form of child abuse that causes severe brain damage. There also bruises all over the child’s body.

The couple was also found guilty of assault with the intent to do grievous bodily harm, over the abuse suffered by the two other children. The court further convicted them for kidnapping the 12-year-old boy, who suffers from a learning disability.

The court also found the man guilty of raping the girl.

WMACA has called for the book to be thrown at the couple, saying a strong message needed to be sent to parents who abuse their children. The organisation has also taken aim at the mother for failing to report the abuse to the authorities and not protecting her children.

“This is one case in a disturbing cluster of cases Women and Men Against Child Abuse (WMACA) has been following over the past year. The pattern starts off with abuse that is often known or suspected by those who know the children and ends with death,” the organisation has said in a statement.

The couple welcomed another baby in June, who is currently being cared for by family members.