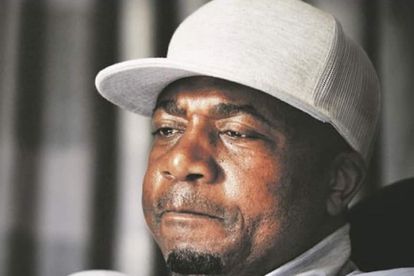 The Twala family have been plagued by the destructive actions of Longwe, who is former hitmaker and record label executive Sello “Chicco” Twala’s youngest son.

Though Longwe was recently turned in by Chicco at the Diepkloof police station for stealing music recording equipment worth R300 000 and a friend’s cellphone – he has denied that his son shot and killed former Orlando Pirates goalkeeper Senzo Meyiwa in 2014.

“I believe Longwe’s story about what happened on the day Senzo was killed. He might be a junkie, but he is not violent. He does not carry a gun. If Longwe had murdered Senzo, I would have handed him over to the police,” Chicco told The Sowetan.

A disappointed Chicco has voiced his frustration with his son whom he says is addicted to drugs and has stolen from him on numerous occasions.

“There is nothing painful like not trusting your own child. Longwe has sticky fingers and has been stealing from me.”

According to the producer, he has spent R1m on taking Longwe to drug rehabilitation centres in a bid to have him turn his life around.

In a video that went viral last week, Chicco screams at Longwe while in the presence of policemen, telling him that he wished he had indeed murdered Meyiwa so that he could languish in jail.

The night Senzo Meyiwa was killed

The veteran musician has always fiercely defended his son against rumours around Meyiwa’s passing. Longwe was dating Kelly Khumalo’s sister, Zandile, and was in the house the night Meyiwa was shot and killed in Vosloorus in 2014.

It is believed that Meyiwa had intervened a violent couple’s quarrel and as an instinctive reaction, Twala’s son allegedly pulled out his gun and shot the goalkeeper.

The witnesses in the house have told conflicting stories about the circumstances around Meyiwa’s death with allegations that an intruder broke in and killed Meyiwa.

Later, reports claimed that a friend of Meyiwa issued a statement to the police, saying the person who murdered the goalkeeper was in the house.

Kelly Khumalo: ‘Me and God know the truth’

Khumalo has vehemently denied she knows who is responsible for the death of the father of her youngest child.

Investigations into Meyiwa’s murder are ongoing.