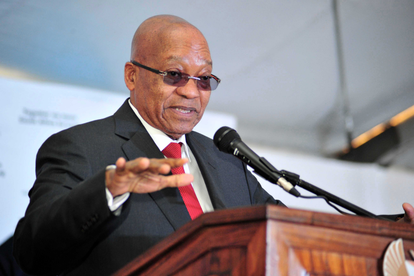 The North Gauteng High Court ruled that the former president’s release on medical parole is unlawful. With the unrest which took place last year still fresh on everyone’s mind, Cele has addressed the situation.

Speaking during a briefing on the state of readiness for the festive season, the Police Minister confirmed that authorities are ready to intervene should the situation call for it.

Cele – All are equal before the law

Noting the ruling, Cele voiced his confidence that all citizens are ‘equal before the law’.

“The separation of powers and the independence of the judiciary are the bedrock of the Constitution, and our courts function without fear or favour. Any form of recourse must follow appropriate channels within the confines of the law,”

“The experience gained from there will be utilised to ensure South Africa remains safe, stable and calm, and all people in South Africa are protected along with their property,”

In conclusion, Cele stressed that authorities won’t be on holiday this festive season. The Minister reiterated his commitment to ensuring law and order reigns.

“The police and other law-enforcement agencies will be out in full force this festive season to ensure the safety and security of everyone. As the JCPS Cluster, we remain committed to upholding the laws of the country. Therefore, we would like to assure the nation that working with communities, we will ensure the safety of the public during this festive period.”

The Jacob Zuma Foundation has, naturally, taken an aggressive stance against the ruling. In a post to the foundation’s official social media page, the decision was slammed as a death sentence for the embattled politician.

“Sending President Zuma to Correctional Services which is on record in its inability to provide medical care for persons with the condition of President Zuma is tantamount to giving him a death sentence.”

We asked AI to write us a poem about load shedding