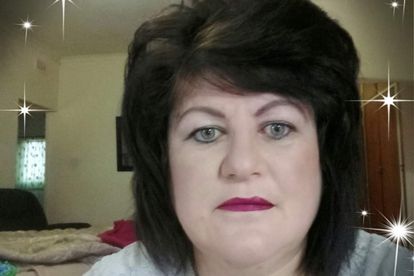 Carolina woman, 56-year-old Leanie Goosen, was shot and killed in her idling vehicle in front of house Photo: Supplied

Carolina woman, 56-year-old Leanie Goosen, was shot and killed in her idling vehicle in front of house Photo: Supplied

Mpumalanga police said a 56-year-old woman from Carolina was brutally shot and killed in her vehicle in front of her house just as she was about to leave for work.

THE CAROLINA WOMAN WAS FOUND MOTIONLESS IN THE DRIVER’S SEAT

The car was still idling when she was ambushed and shot multiple times.
Nothing was stolen during the attack.

The 56-year-old Leanie Goosen was declared dead on the scene. Her daughter Tania Botha said the family is devasted by the murder of their beloved mother.

“We are confused about my mother’s murder. She will always be remembered for her good heart and the compassion and care she had for everyone around her. Her heart was like a taxi, always space for more.”

Tania said her mother, Leanie, has been with the Human Resources department of the local hospital for the past 13 years.

‘SHE WILL BE REMEMBERED FOR HER GOOD HEART’

Leanie and her family have been living in the small town of Carolina for the past 24 years.

She leaves behind her husband, daughter, and two grandchildren.

The shooting took place on Thursday morning around 07:00 in Carolina.

“Police were informed about the incident, and upon arrival, they found her body with multiple gunshot wounds in her car. She was certified dead by the medical personnel at the scene.”

Mdhluli said according to the report, Leanie’s colleague became concerned when she did not report for duty.

“The colleague then drove to the woman’s residence to enquire, and upon arrival, she made the gruesome discovery. The woman’s (Leanie) car was still idling in front of the gate while the victim was lying motionless on the driver’s seat.”

He said no one had been arrested as yet, but the investigation is underway.

The Provincial Commissioner of the SAPS in Mpumalanga, Lieutenant General Semakaleng Daphney Manamela, has strongly condemned the incident.

DO YOU HAVE INFORMATION?

Members of the public are urged to assist with any information that can assist in the investigation or information on the whereabouts of the suspect(s) by calling the Crime Stop number on 0860010111 or sending information via MYSAPSAPP. All received information will be treated as confidential, and callers may opt to remain anonymous.

Earlier this year, the bodies of an elderly couple who was BRUTALLY murdered were found days after residents noticed no activity at their residence in Carolina.

The 63-year-old Leonora Steenkamp and her life partner, 82-year-old Renier Lens, were brutally attacked and stabbed to death.