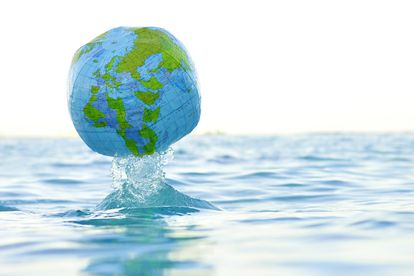 South Africa has launched its own carbon calculator with the aim of reducing its CO2 footprint by 2050.

The British High Commissioner to South Africa, Judith Macgregor, spoke in Pretoria about how South Africa created their calculator in under a year — quicker than the UK.

She said: â€œReducing greenhouse gas emissions is a technical and complicated task, but it is important to offer information to the public to explain why government is taking action.

â€œThe great thing about the calculator is that it encourages the user to put forward what they think should happen, not just focus on the things that they don’t like.”

She has also said that the calculator will help South Africa with â€œgood policy making”.

The simple calculator follows the British model, and the idea is that by keeping an eye on emissions in the country, politicians, scientists and the general public alike will be able to explore different potential scenarios in energy consumption and emissions so they can adapt their own usage and come up with suggestions to better the environment.

But how crucial is this for South Africa compared to other countries?

According to United Nations figures from 2010, South Africa creates the twelfth highest annual CO2 emissions in the world with 1.47% of world emissions. The UK is in tenth place with 1.57%.

While China and India both either already use a carbon calculator or have one in development, the USA does not appear to be doing anything similar, so questions may be raised as to why they aren’t leading the crowd with these calculators, especially as they are such a huge country.

Equally, it seems that South Africa’s emissions were already going down by themselves: between 2009 and 2010 they went from 10.1 to 9.1 metric tons of carbon dioxide per capita, according to the World Bank.

It is feared that climate change contributed to the recent higher frequency of flooding, but just because South Africa decreases its emissions does not mean that its environment will be saved.

South Africa is classified as a newly industrialised country, which means it is richer than developing countries but without all the signs of a developed country, including infrastructure. This means it is still more at risk from the consequences of climate change, for which richer countries are often exclusively blamed.

Ultimately, although the UK’s emissions have reduced over the last twenty years, the Carnegie Institution for Science suggested in 2010 that this is because of outsourcing — meaning that manufacturing, and therefore pollution, now largely happens elsewhere, usually in poorer countries.

If the carbon calculator means that politicians push for the same solution in South Africa, the country may go up in the world ratings but it will just be giving the problem to someone else, which does not ultimately help the global environment or help reduce emissions by 80% by 2050 as planned.

On the contrary, at the launch the Department of Environmental Affairs’ Judy Beaumont clarified what the calculator can be used to plan.

â€œUsers of the 2050 calculator can boost energy supply by building additional wind turbines, solar panels, coal or nuclear. Or they can reduce energy demand by insulating people’s homes and changing travel behaviour,” she said.

If this is the case and South Africa takes a more hands-on approach than the UK, the country could actually be a forerunner on the sustainable world stage and the country’s infrastructure could change for the better.