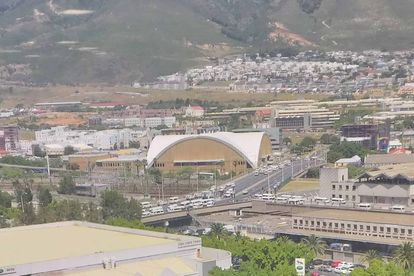 The DA has condemned the protests led by taxi drivers in Cape Town. The province’s ruling party has called on law enforcement authorities to act swiftly in holding those responsible for the disruptions accountable.

Things have intensified in Cape Town. Protesting taxi drivers have clashed with law enforcement authorities, causing massive backlogs of traffic heading in and out of the city.

While police have managed to clear passage on some roads, the situation has only gotten worse on Sir Lowry Road, between Tennant Street and Russel Street.

According to @TrafficSA, both sides of the road have been closed off to traffic due to protestors pelting officers wth stones.

DA spokesperson, Daylin Mitchell, noted in a statement that the province’s ruling party condemns “the taxi blockade which has closed off sections of Sir Lowry road and Christiaan Barnard Boulevard early this afternoon”.

“It is absolutely unacceptable that taxi operators in the City of Cape Town have chosen to protest traffic law-enforcement by blocking vital arterial routes in the Metro. The City cannot be held ransom by a select few who refuse to abide by the law and the rules of the road which serve to protect the residents of the City.

“I call on the leadership of taxi associations, as well as taxi owners and drivers not to resort to traffic disruptions to register grievances, as this anarchy affects innocent people who depend on numerous arterial routes in and out of the City,” Mitchell said.

The DA has called on law enforcement agencies to act swiftly in addressing the matter and to show zero tolerance to this kind of behaviour.

“I call on all law enforcement to act swiftly in bringing this blockade to a halt, and apprehending those responsible for it. Nobody is above the law, and no citizen has the right to encroach on the rights of others in such a blatant manner,” Mitchell added.

While it it understood that some roads have been cleared, motorists have been warned to avoid: