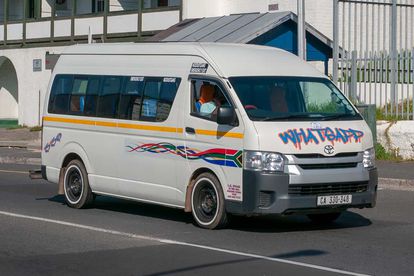 Commuters in Cape Town have been warned of a taxi protest that may take place on Tuesday.

Taxi protest: What we know about the strike

Early rumblings of an impending taxi protest were confirmed by JP Smith, the City’s MMC for Safety and Security, who said that rumours were being spread that taxi associations were preparing to kill the ignition and take to the streets.

“I have met with the taxi associations before, but the talks were not productive. The engagement that needs to happen must be on a licensed and regulatory level. We can’t exempt people from enforcement,” he said.

It has become apparent that the taxi protest might just be more than a rumour, as the Western Cape Gangwatch confirmed that there may be a disruption in traffic on the N2 highway, between Khayelitsha and Cape Town, on Tuesday.

Commuters, both in and outbound, have been warned to make alternative transport measures as the taxi protest will affect Khayelitsha residents, as well as traffic movements in Cape Town CBD.

The result of Friday’s chaotic — and illegal — taxi protest saw at least 23 minibuses impounded for blocking the busy N2 highway, on both directions, during peak traffic.

The revolt, led by various taxi associations, is believed to stem from their dissatisfaction with how the city’s traffic department has targeted them.

The first wave of protests erupted in the western parts of Cape Town. Taxi drivers from Dunoon, Joe Slovo and Milnerton disrupted traffic along the N7, in the early parts of October, in reaction to a traffic operation that saw a number of the minibuses impounded for violating a number of traffic laws.

Then, on Tuesday, 15 October, commuters were affected by demonstrations that were held at the Cape Town station deck. It is believed that taxi drivers were protesting over the perceived abuse of power exhibited by traffic officers who target them on the roads, handing out ridiculous fines.

To avoid possible delays, commuters have been urged to use alternative public transport. While the taxi protest has yet to be confirmed, law enforcement agencies will be on hand to ensure that traffic on the busy highway — that links Cape Town’s township’s to the city economic mecca –is not disrupted the same way it was on Friday.